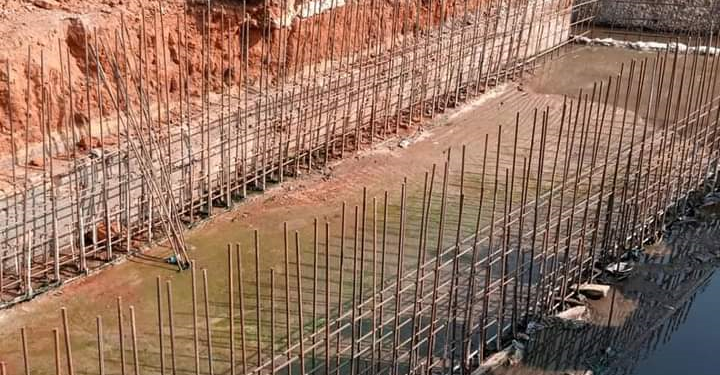 The Lagos State Government has on Sunday begun the construction of a one-kilometre drainage system within the premises of Ikorodu Fish Farm Estate in Odogunyan to tackle the issues that may arise from flooding and its many impacts.

The State Acting Commissioner for Agriculture, Ms. Abisola Olusanya, made this known over the weekend while on an inspection tour of the Farm Estate.

She explained that the construction of the drainage system would go a long way in improving the productivity of the Farm Estate as crop growth rates and fish production would be maximised.

She said that the drainage system would control water bodies, prevent ponding, gather excess water from the land area as well as direct the water away from the farm to the outlet point where it is drains out into the canal.

In her words, “We are here at the Odonguyan Fish Farm Estate owned by the Lagos State Government.”

Olusanya further emphasised, “We found it imperative to inspect the fish farm settlement since we invested a lot of money in this place so we wanted to see how far we have gone with some of the projects we have going on.”

“As you can see behind us here, there is a drainage project going on to help mitigate the impacts of flooding within the Estate”.

According to her, in the past they had this whole place flooded; water from the road came down into the estate affecting crop production and fish production.

“With this one kilometer drainage, this will be a thing of the past and we hope that our farmers will be happy with this kind of initiative from the government and the administration of Governor Babajide Olushola Sanwo-Olu”, Olusanya noted.

The acting commissioner affirmed that upon completion of the drainage system, there would be an increase in the yield potentials of the Fish Farm Estate, a reduction in viable and machinery costs and a properly aerated soil which would be conducive for plants to thrive.

According to her, the need to construct the drainage arose from information gathered when the Ministry carried out an appraisal of Farm Estates and Settlements in the State in order to obtain comprehensive data on their status and production level so as to take appropriate steps to increase their productivity.

She explained that the appraisal was imperative to achieve the goal of the State Government to upgrade and improve the existing Farm Estates and Settlements across the State with cutting edge agricultural technology initiatives and interventions to ensure that they operate optimally in line with global best practices.

“A water plant had also been constructed within the premises of the estate to help the farmers get water supply to facilitate a reduction in the cost of fish production.

“The ministry has also constructed a water plant within the Ikorodu Fish Farm Estate in order to supply water to the 194 plots in the estate to complement the existing water scheme in the estate.

The project, she continued, will facilitate a reduction in the cost of fish production by N700,000 per annum per allottee, as allottees will not need to sink boreholes on their respective plots.

Speaking on the network of roads in the estate, the acting commissioner disclosed that a lot was being done by the state government to ensure that movement within the estate remains unhindered.