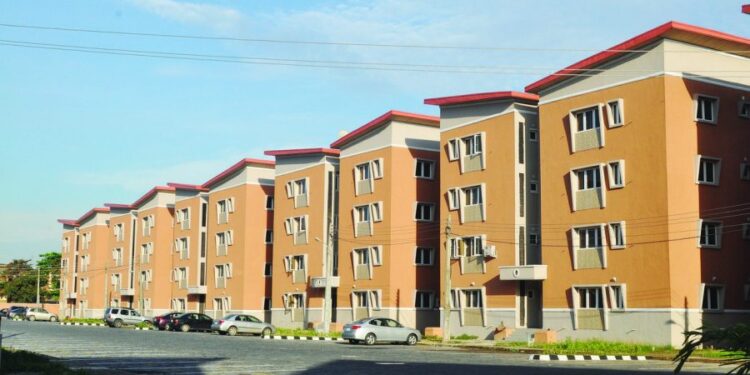 The Lagos State Mortgage Board (Lagoshoms) has urged allottees of various estates built by the state government to ensure proper maintenance.

Chief Executive Officer/General Manager of the Lagos State Mortgage Board, Bayowa Foresythe, said the homes were part of Governor Babajide Sanwo-Olu’s agenda to reduce housing deficit in the state.

He spoke during a stakeholders’ forum between the management of the Lagoshoms and the residents of Ilupeju Scheme.

“It is no exaggeration that shelter is key to human existence, especially in Lagos State where land is one of the most expensive resources, judging from its size and population,” he said.

Quoting 2018 World Bank statistics, Foresythe said Lagos State, as a growing Mega City with over 23 million people having 60 percent between the ages of 21 and 60 years and a growing rate of three per cent yearly, would need over thousands of housing units yearly to create shelter for its growing population.

He said: “This urgent need of the state government to reduce the massive housing deficit brought about the establishment of Lagos State Mortgage Board in Year 2012 and since then, the agency has gradually been reducing the housing deficit in the state, initially through the Lagos Homs Ownership Mortgage Scheme in which you belong and presently the Rent-To-Own Scheme Policy, in which only five percent equity contribution is required for anyone to own a home and the rest payments are spread over a period of 120 months, with a single digit internet digit interest rate.

“This interest rate, I’m sure, cannot be found in any state of the federation. It is of note to mention that the value of this magnificent and comfortable edifice has increased incredibly since 2014 and protect it jealously from all kinds of ruins because the state government has invested a lot of resources in it.”