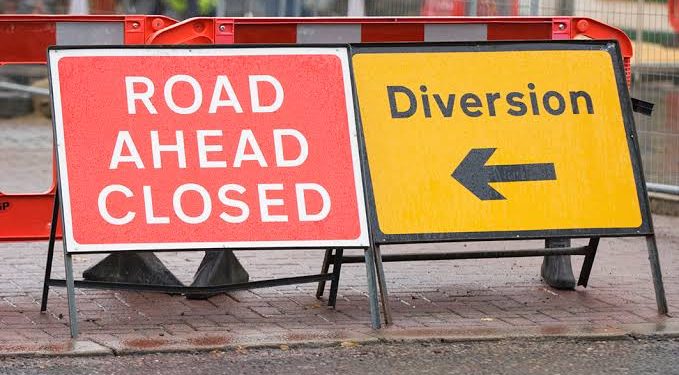 The Federal Controller of Works in Lagos, Mr Olukayode Popoola, says that traffic diversion towards rehabilitation of the burnt Airport flyover bridge in Lagos will begin on Friday, Aug. 13 until Sept. 22.

Popoola, said, on Sunday night that traffic on Apakun axis on Oshodi Expressway would be diverted to Ladipo service lane and Airport Road for three days starting from midnight on Friday.

He added that repair works on the bridge will begin on Aug. 16th.

He said that the traffic diversion will subsequently be altered around the construction zone to enable the contractor jerk up the damaged bridge for repairs.

“Traffic will be diverted to Ladipo service lane and Airport Road.

“From 16th, the carriageway will be narrowed to two outer lanes so that the contractor can carry out the jacketing of the pier.

He appealed to road users to obey traffic rules and regulations around the construction zone to ensure safety and speedy completion of the project.

Recall that the flyover, which spans the Apapa-Oshodi-Ojota-Oworonshoki Expressway project being reconstructed, was engulfed by fire when a petrol tanker burst into flames on Jan. 7.

Following the incident, the Federal government immediately shut the bridge and on Jan. 8 carried out tests to determine its structural integrity leading to a contract award for its rehabilitation.