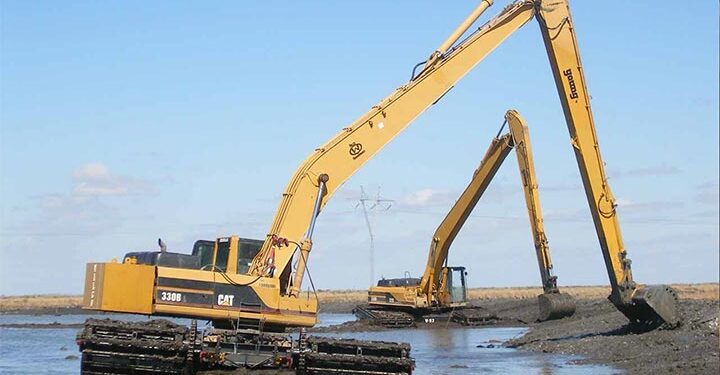 Lagos State Government, yesterday, sealed a dredging site in Ago-Egun, Isale-Ijebu axis of Ajah to help clear gridlock caused by trucks on Ado Road, which is a major linkage to Badore, in that same community.

Also, traders selling on the walkway and median were dislodged with their makeshift structures removed to allow free flow of traffic.

Chairman, Lagos State Taskforce, Sola Jejeloye, who led the operation on behalf of the Ministry of Transport, said the dredging site would only be reopened after an agreement must have been reached on the mode and manner the trucks would be moving out daily.

He maintained that the truck drivers could not continue to inflict pains on residents and other motorists within the corridor.

Jejeloye said residents complained that trucks from the dredging site were usually parked on the road, colonising a column on the two-column lane and narrowing the space available for motorists. This is aside obstructing pedestrians, as the trucks sometimes parked on walkways.

He added that as a result of this act by the truck drivers, traffic builds up with residents spending over an hour on a road that should not take more than five minutes.

He further said the trucks also damaged the road and median, as on many occasions, the drivers parked the trucks on median or drove on the median instead of going to the roundabout to make a U-turn.

Meanwhile, a concerned resident of Badore, Kenneth Adejuwon, said: “The traffic situation in Ajah inward and outward Ado is excruciating. It is better experienced than heard.

In recent weeks for residents who work in Lekki, Victoria Island and other places outside Ajah, if they must make it early to work, they would have to wake up as early as 5:00 a.m. or at most 5:30 a.m. Any time beyond this, such persons would have to spend at least one hour to get out of Ado Road to Ajah.”

He added that the traffic situation caused by the dredgers had affected turnaround time for workers, school runs and other economic activities on Ado Road.