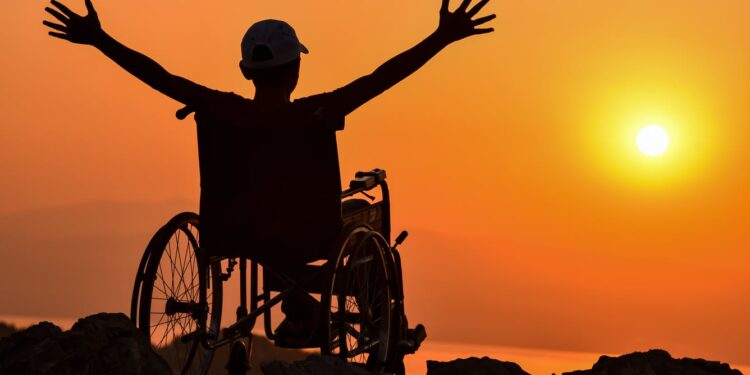 The Lagos State Government on Thursday said that it would build a hub where People With Disabilities [PWDs] could easily be reached by those who wanted to assist them.

The General Manager of Lagos State Office of Disability Affairs [LASODA], Dare Dairo, said this during the unveiling and handing over of a secretariat complex to the Spinal Cord Injury Association [SCIAN] in Lagos.

It was donated by the British Council Rule of Law and Anti-Corruption [RoLAC] programme.

Mr Dairo, represented by the head of Social Development and Integration Department of LASODA, Akeem Kelani, said the need to have all the PWDs clusters situated in one place is essential in view of the challenges they were facing.

He said the state had eight PWD clusters, and that it was essential for them to have a hub where they could be easily reached to plan and execute various activities.

“Among these eight PWDs, only SCIAN has a building complex and a secretariat. This shows that the members have been sacrificing.

“LASODA will continue to work and support SCIAN and other PWDs. The promised hub for the PWDs will be built for good management of the clusters,” he said.

The GM commended RoLAC for implementing the project while he described its members as good ambassadors of Nigeria.

The RoLAC Programme Officer in Lagos State, Ajibola Ijimakiwa, said the project was carried out after assessment of PWDs and their challenges.

Mr Ijimakiwa, who was represented by RoLAC Administration Officer, Abimbola Ushi, said that although all PWDs had challenges, they found out that SCIAN’s challenge was more severe.

She said that RoLAC decided to donate a secretariat to SCIAN as they requested so as to have a centre to meet their members with ease when the need arises.

She urged SCIAN to begin to engage those in authorities on issues that would be of great benefit to its members, particularly, those in the justice system.

The Chairman of SCIAN in Lagos state, Abdulwahab Metepo, said the secretariat was a sacrifice made by the British Council and the European Union (EU).

He said the centre would go a long way in meeting some of their needs.

He called on LASODA to make the PWDs hub a reality, stressing that through the hub, those seeking to assist them would find them easily.

The National Chairman of SCIAN, Obioha Ononogbu, commended ROLAC for the project, assuring the donor that the beneficiaries would make a judicious use of it.

Mr Ononogbu said that SCIAN members had many challenges different from other PWDs.

“We live in pains. We can’t move like others. This secretariat will help a lot of our members to achieve something for ourselves.

“Many of us that started this association had died, but three of the founders, including myself are still alive,” he said.

Recall that some other members called on the state government to look into the deplorable state of their road leading into the SCIAN complex in Amuwo-Odofin Industrial area.

They also called on the government to check the indiscriminate parking of articulated vehicles blocking the entrance into the complex.