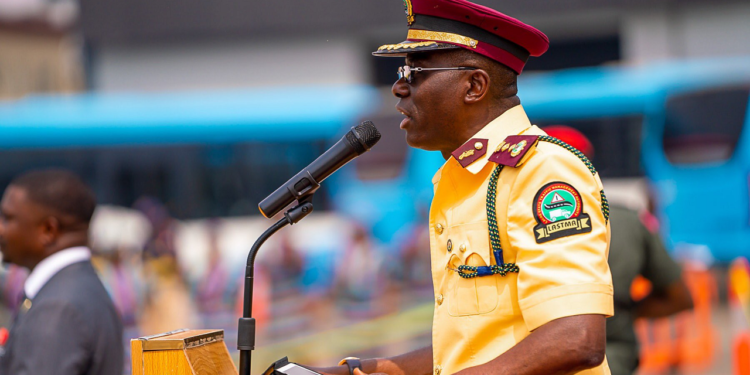 The Lagos State Traffic Management Agency (LASTMA) has warned that it would clampdown on traders who hinder free flow of traffic at the Ladipo market on the Oshodi-Apapa expressway corridor.

This warning is following the congestion on the road reconstruction as the Oshodi-bound route is closed to traffic with motorists plying the service lane.

The spokesman of LASTMA, Mr. Olumide Filade, said, “We were at that location twice two weeks ago, {Tuesday, May 26 and Friday May 29 to evacuate vehicles parked unlawfully along the road.”

He added: “We will have a repeat of the action to restore order and free flow of traffic in that area.”

For LASTMA, it has been managing and controlling traffic to calm the situation in collaboration with other traffic enforcement agencies while ensuring stress-free trips and reduce the travel time by regularly deploying personnel to all critical areas along the construction zones and failed portions of the road.

Filade, therefore, implored road users to cooperate. “We seek the cooperation and understanding of the road users as the state government is striving to renew the infrastructure towards making the state one of the let century economies in Africa.”