by The Lagos Today
in Sports, World News
4 min read
0
0 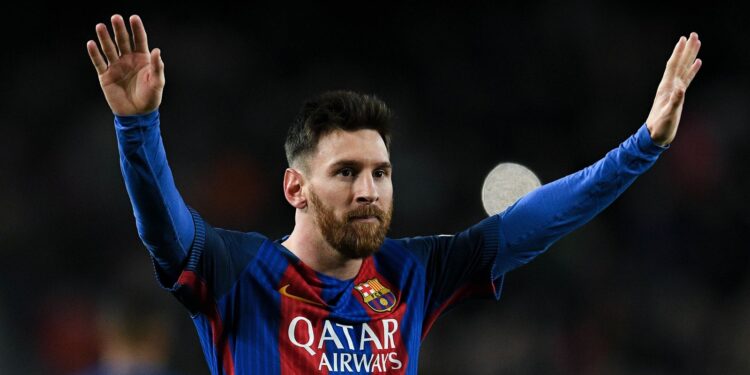 The Argentinian forward handed in a transfer request last week but reversed his decision after a row broke out over his contract.

Lionel Messi has said he is staying at Barcelona, saying he didn’t want to take the club where he has spent all of his career to court.

The Argentinian forward, regarded by many as the best footballer of all time, had expressed a desire to leave the Spanish club in recent days.Sponsored link

The 33-year-old Messi has been with the Catalan side since he was 13 but handed in a shock transfer request last week.

He told Goal.com on Friday he had reversed the decision because “he could never go to court against Barca” after a row broke out over his contract.

The announcement brings an end to the saga, dashing hopes of clubs across Europe, including Manchester City, which had been linked with trying to sign him.

Messi told the football news site: “I thought and was sure that I was free to leave, the president always said that at the end of the season I could decide if I stayed or not.

“Now they cling to the fact that I did not say it before June 10, when it turns out that on June 10 we were competing for La Liga in the middle of this awful coronavirus and this disease altered all the season.

Messi’s entourage had said he could leave the club on a free, but Barcelona were adamant his €700m release clause was still valid.

There were question marks over whether the row would end up in court.

Messi added in his Goal interview: “There was another way (to leave) and it was to go to trial. I would never go to court against Barca because it is the club that I love, which gave me everything since I arrived.

“It is the club of my life, I have made my life here. Barca gave me everything and I gave it everything.

“I know that it never crossed my mind to take Barca to court.”

Messi said he had been telling the Barcelona FC president Josep Bartomeu “all year” that he wanted to leave.

The footballer said: “Everything became very difficult for me and there came a time when I considered looking for new goals.

Asked about the reaction to his announcement in some quarters, Messi added: “It hurt me when my love for this club was questioned. No matter how much I go or stay, my love for Barca will never change.”

In a further criticism of the Bartomeu regime, Messi said: “The truth is that there has been no project for a long time, they juggle and cover holes as things go by.

“I repeat, I wanted to go and it was entirely my right, because the contract said that I could be released. And it’s not ‘I’m leaving and that’s it’. I was leaving and it cost me a lot.

“I will continue at Barca and my attitude will not change no matter how much I have wanted to go. I will do my best.”

“For football reasons he wanted to leave but for family reasons and because of the fact he doesn’t want to take Barcelona to court, he’s going to remain a Barcelona player until at least next summer.”