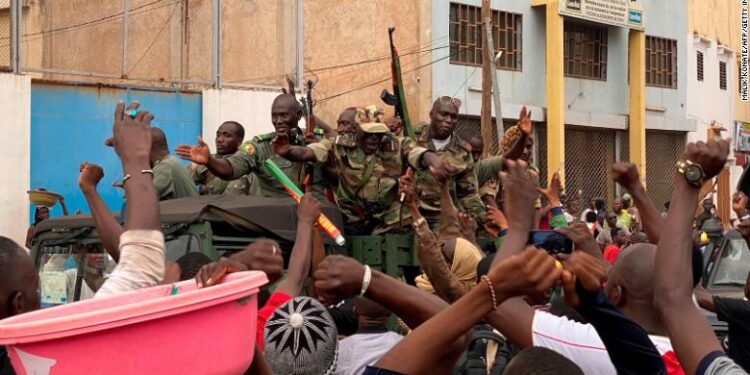 Mali’s President Ibrahim Boubacar Keita announced his immediate resignation on state television late Tuesday, hours after he and the Prime Minister were reportedly arrested by mutinous soldiers in a suspected coup.

Wearing a blue surgical mask amid the coronavirus pandemic, the President said on national broadcaster ORTM that he had little choice but to stand down to avoid bloodshed, and the country’s national assembly and government would now be dissolved.

“For seven years I have with great joy and happiness tried to put this country back on its feet,” Keita said. “If today some people from the armed forces have decided to end it by their intervention, do I have a choice? I should submit to it because I don’t want any blood to be shed.”

Troops arrested the President and Prime Minister Boubou Cisse in a suspected coup earlier on Tuesday, according to the chairman of the African Union Commission.

It followed reports of an attempted mutiny that morning at a military camp 15 kilometers (9.3 miles) outside of the capital Bamako, confirmed to CNN by a diplomatic source who had been briefed by local officials.

The source spoke on the condition of anonymity, as they were not authorized to speak on the subject.The source said the attempted mutiny took place in Kati, at the same camp that a successful military coup was launched back in 2012. 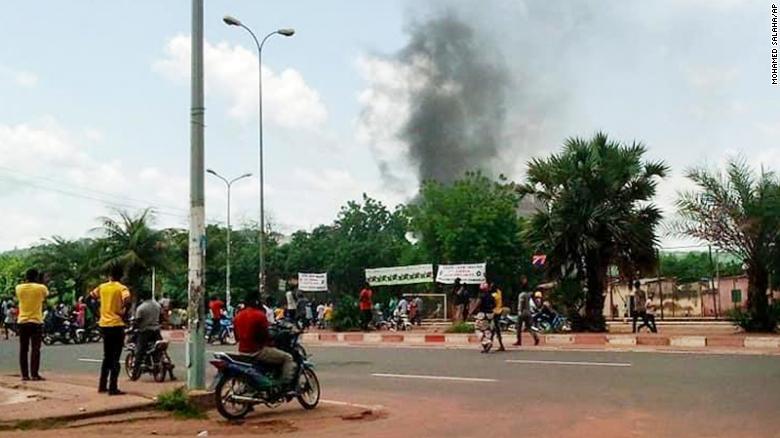 Smoke rises from the residence of Mali’s finance minister Kassim Tapo in Bamako on Aug. 18, 2020.

Earlier in the day, Cisse had posted a plea to troops on Facebook, asking the military to put down its arms and engage in dialogue.”

The government calls for reason and a patriotic sense and asks for the use of arms to be stopped. There are no problems that cannot be solved in dialogue,” the Prime Minister wrote, in a statement that appears to have been posted before his reported detention.

The AUC’s Moussa Faki Mahamat condemned news of the arrests, in a tweet posted Tuesday.

“I strongly condemn the arrest of President Ibrahim Boubacar Keita, the Prime Minister and other members of the Malian Government and call for their immediate release,” Mahamat wrote.

He added that he called on “the mutineers to cease all use of violence,” and asked the international community to oppose any use of force.

The UN talks were requested by France and Niger, according to the diplomatic sources. The sources spoke on the condition of anonymity, as they were not authorized to speak on the subject.

Crowds took to the streets in Bamako throughout the day on Tuesday, surrounding the capital city’s independence monument. In footage of the city, protesters on motorbikes could be seen cheering at news of the suspected coup, while some opposition supporters celebrated with Malian flags and vuvuzelas.

Elsewhere, more than a thousand people gathered outside the president’s house, though they were prevented from entering by soldiers. However, protesters did enter and loot the empty house of Keita’s son Karim, which is located nearby. Karim Keita resigned in July from his post as head of parliament’s defense committee amid a spike of violence and calls for his father’s resignation.

A building owned by Mali’s Minister of Justice was also looted and set on fire.

Mali’s 75-year-old President Keita has faced growing public discontent since May, after the country’s top constitutional court overturned results from disputed parliamentary elections, paving the way for Keita’s party to occupy a majority of the vacant seats.

Disputes over the polls have also sparked post-electoral violence in several districts in the capital and other towns in March.

The discontent has also been driven by economic issues and young people fed up with rising unemployment. Mali’s has a young population — around half of the country’s 19 million people are under the age of 18, according to the UN Children Fund (UNICEF). And 42.7% of the country live in extreme poverty, according to the World Bank. 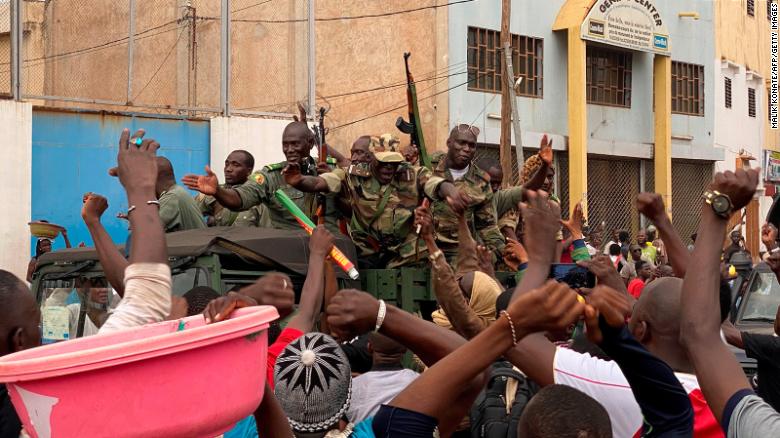 Mali previously faced a major rebellion in 2012, after a coup staged by mid-ranking army officers opened an opportunity for Jihadi groups and rebels from the country’s long marginalized Tuareg ethnic minority to take over a significant part of the country.

Mali shares borders with Algeria, Niger and Mauritania, and all four countries have struggled with the growing presence of Islamist groups in the region.

The European Union on Tuesday condemned the apparent “coup attempt” underway in Mali.

“This can in no way be an answer to the deep socio-political crisis that has hit Mali for several months,” he said.

The French and United States embassies in Mali on Tuesday warned citizens to stay home amid the violence.

“The US Embassy is aware of gunfire and unrest in the area of Kati, as well as ongoing police/military operations in Bamako,” the US embassy said in a statement.

“There have been multiple reports of gunfire throughout the city as well as reports of soldiers driving in trucks and firing their weapons in the air. There are continued reports of demonstrators gathered at the Monument de L’Independance. The US recommends all US citizens avoid these areas, if possible.”

And US Africa Command said it was aware of the suspected coup. The US has a limited number of personnel in Mali, who primarily perform counter terrorism activities with local and international partners.

“We are aware of the events in Mali. All US service members are accounted for. We will continue to monitor this situation,” US Africa Command said in a statement Tuesday.