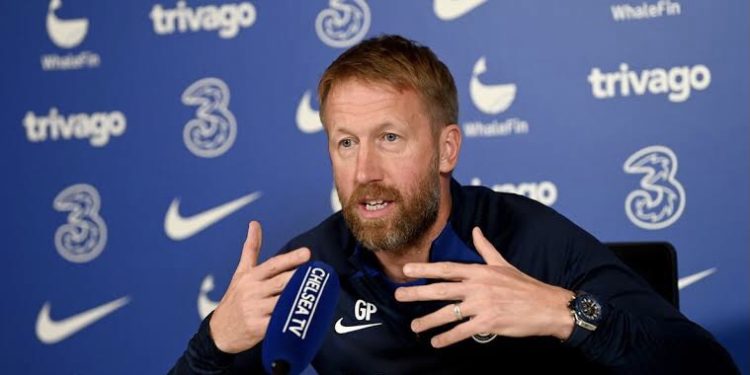 Potter, however, said he was not looking for sympathy as he tries to salvage the English football club’s season amid an injury crisis and after a summer of radical change across all areas of the club.

He said expectations have remained high at Stamford Bridge in spite of a change in ownership in May.

That was when a consortium headed by Todd Boehly completed a 4.25 billion pounds (5.17 billion dollars) take-over and restructured the club.

Chelsea have dropped to 10th in the English Premier League (EPL) after winning only one of their last eight games.

They have also been knocked out of both the FA Cup and League Cup, with last year’s expensive transfer intake largely struggling to make an impact.

“It is a challenge, stimulating and ridiculously hard. I think it is probably the hardest job in football because of that leadership change and the expectations because of, rightly, where people see Chelsea,” Potter said before Chelsea’s trip to Fulham on Thursday.

“The reality of where the club is in terms of establishing itself as a well-run football club that functions well in a really competitive environment, maybe we’re not there yet.

“I obviously didn’t think we’d lose 10 first-team players (to injury)… I also acknowledge that I am the head coach and when we lose I’m to blame.”

They also sang that of Potter’s predecessor Thomas Tuchel during the same game.

“I’m not after pity, I’m really grateful and privileged to be here,” Potter said.

“This club was run a certain way for 20 years and run really well. I have a lot of respect for the previous owner and what they achieved.

“We have to build things up again… This is a new era, a new chapter. We’re going through some pain, it’s difficult at the moment. I understand the frustration and appreciate the support.”