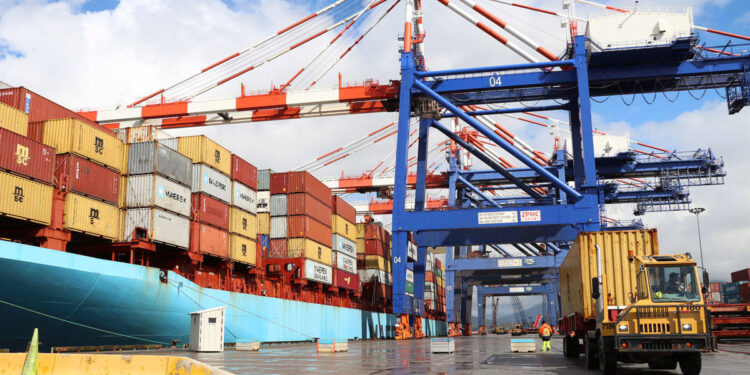 Importers and manufacturers have lamented the current congestion at the Lagos seaports with millions of cargoes currently trapped.

The importers and clearing agents have urged the Federal Government to urgently find a solution to the intractable traffic along the corridor, which has crippled port activities.

Meanwhile, the Minister for Transportation, Rotimi Amaechi, has disclosed plans to deploy 200 new security officers to the ports to clear the gridlock.

Media Assistant to the Minister, Mrs. Taiye Eleibo-Edeni, said there would be a steering committee headed by the Permanent Secretary, Ministry of Transportation, Mrs. Magdalene Ajani, to seat monthly until the challenges are overcome. Other members of the committee would be drawn from NPA, NSC, maritime workers, safety organisations and the Lagos State Government.

In a statement, she said Amaechi had directed the committee to write to the Inspector-General of Police, Mohammed Adamu, to assign more officers for the assignment.

As the crisis at the port continues, a managing director of a beverage company told journalists that his company has run out of the substrate used in bottling one of its soft drinks.

“We exhausted our stock and the container loads we imported arrived more than six weeks ago but have not been able to leave the port,” the managing director, who does not want to be identified, said.

Also, some traders who imported goods to sell during yuletide have had their cargoes trapped in the ports as the gridlock continues. They stand the risk of losing millions of naira if they are unable to sell the goods before Christmas, the traders said.

President, the Shippers Association of Lagos, Jonathan Nicol, also lamented about the situation, saying their businesses are in limbo due to the lingering challenge.

He appealed to the Federal Government to fix the roads and save the importers from frequent extortion by government agencies at the ports.

A terminal operator, who bemoaned the prevailing situation at the seaports, said their businesses are suffering, as cargoes could not be evacuated owing to the deplorable state of the roads.

Recall that the situation had already trapped about 43 vessels on the waters since there are no spaces to stack the incoming cargoes at the terminals.

Meanwhile, the Nigerian Shippers’ Council, (NSC), has promised to seek the suspension of demurrage on behalf of shippers.

Executive Secretary of the NSC, Hassan Bello, said the terrible condition of the roads has made it impossible for shippers to clear goods from terminals within the three days allowed and return empty containers within four days.

A clearing agent who operates at the Tin Can Island Port, Emmanuel Onyeme, said despite the disbandment of the Presidential Task Team, the gridlock persists due to roadblocks mounted by security and traffic management officials.

This, he said, has continued to hinder the free entry and exit of cargoes from the port. Police officials and other security operatives have continued to cash in on the blockade.

The Controller, Tin Can Island Port Command of the Nigeria Customs Service (NCS), Musa Abdullahi, blamed the situation on the failure of Hitech Construction Company, the contractor handling the reconstruction of the Apapa-Oshodi Expressway, to open up alternative roads.

Currently, movement of trucks in and out of the Tin Can Island Port, has become almost impossible as a result of the unending gridlock.

Abdullahi said, “Anytime there is road construction or rehabilitation like this, there should be provision for alternative routes. That is the standard. What is happening here is that there are no alternative routes. The man going out and the one coming in use the same route. So, they have not defined which route to take to the port and the one to take out of the port. That has to be defined.

Also, on Friday last week, the FMOT Permanent Secretary, Dr. Magdalene Ajani, met with stakeholders in Lagos, outlining various measures to address the gridlock. The measures include the disbandment of the Presidential Task Team on Apapa Gridlock and the reconstitution of the traffic management system at the Tin Can Port access road.

Ajani also directed the contractor handling the repair of the Apapa-Oshodi Expressway to reopen the road leading to the port to clear the gridlock.

However, the contractor has failed to comply with the order five days after it was issued while security operatives still retain all the toll points.