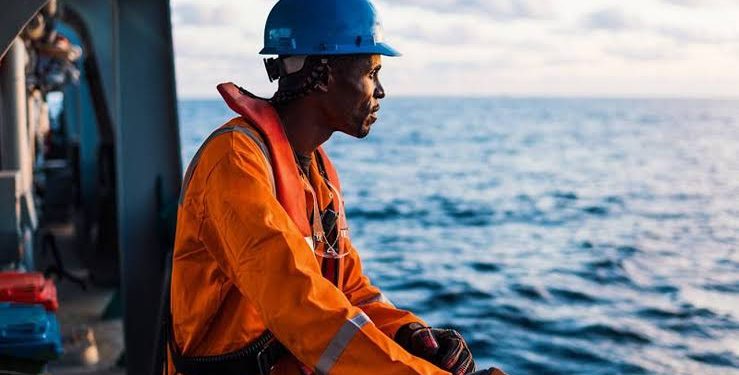 The Council of Maritime Transport Union and Association (COMTUA) urged the Nigerian Ports Authority (NPA) to unbundle its E-call up System (ETo), to help reduce extortion in Nigeria’s ports.

This was disclosed by the outgoing President of the association, Mr Thompson Olaleye, on Thursday during the maiden edition of the 2021 Delegate Convention of COMTUA, in Lagos, themed “Resolving the Challenges of Cargoes and Haulage Movements in Nigeria for Effective Domestication of the African Continental Free Trade Agreement (AfCFTA) and Promoting the Ease of Doing Business in the Continent.”

Olaleye said that the high cases of extortion should be a catalyst for the unbundling of the system.

He said, “The issue of extortion along the ports’ access roads is a major reason why the NPA E-call-up system needs to be unbundled.

“It seems the entire space is too big for the E-call-up manager, the Truck Transit Parks (TTP ) to manage.

“If another company is allowed to handle Tin-Can while TTP focuses on Apapa, the issue of extortion and other discrepancies won’t exist.

“If there is competition, the managers of the TTP will deliver in a better way.”

He also remarked that from Mile 2 down to Tin-Can, there was no semblance of a central control system where anybody was checking truck documents or papers, citing illegal checkpoints mounted by some associations that had pulled out of the COMTUA and were extorting money from port users.

He opined that if the Eto system is unbundled, there will be competition. The traffic managers will perform more effectively. “Currently, the entire port area seems to be too big for just one company to handle,” he said.

“It was agreed that no member should collect money on the port access road due to the menace it causes but they refused.

“After fruitless efforts to make them see reason, they have left COMTUA and as I speak to you, their members are on the roads between Mile 2 and Tin-Can, collecting money from truckers,” he said.

“Extortion is high at the TinCan Apapa road and nobody is doing anything, it is one of the worst practises that is going on and so government should show political will in ending it,” he warned, citing a need to solve the logistics problems in the country so that Nigeria could get the benefits of the AfCFTA.

It can be recalled earlier this year that the Nigerian Ports Authority, NPA, announced the launch of Eto, an Electronic Truck call-up system designed for the management of truck movement and access to and from the Lagos Ports Complex and the Tin Can Island Ports, Apapa, Lagos.