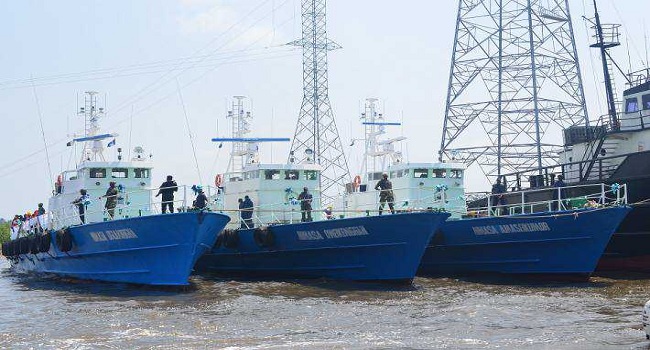 With Lagos ports accounting for over 90 per cent of import and export cargoes in Nigeria, the Maritime Workers’ Union of Nigeria (MWUN) has urged the Federal Government to initiate and compel the immediate expansion of other ports in the country over intense pressure on Lagos port facility and personnel overstretched.

The union said not only should the Federal Government increase the land space but also initiate the provision and procurement of port operational machineries and rail services that would bring the ports to function at maximum capacity.

President-General of MWUN, Dr. Adeyanju Adewale, who said this at the union’s National Executive Council (NEC), in Lagos, called on concerned Federal Government agencies in charge of dredging, wreckage packing and channelling of inland waterways, among others, to show more commitments on the job, as well as dredge Calabar, Escravos, Warri and Port Harcourt ports.

Noting that the maritime sub-sector plays a vital role in Nigeria’s economic, political and international diplomatic agenda, he said the role of ports, jetties, terminals, oil and gas platforms could not be over-emphasised.

He said considering the benefits and potential in the nation’s maritime sector, it would be foolhardy for any government to allow such a critical sector, which contributes to national and economic development, as well as revenue to decline.

According to him, doing so will have grave implications such as massive unemployment and job losses, reduced revenue, decline in ports operations and services leading to berth vacancy, empty sheds and stacking areas, among others.

He lamented that despite the amount of progress and improvement in operations due to port concession, there were still issues affecting the performance of the ports.

He said the Nigerian Ports Authority (NPA) could only account for about 4,000 employees as against 13,000 workers employed before the ports concession.

This, he said, is leading to a gradual extinction of junior workers in NPA, where he called on the authority to as a matter of national importance employ more adequate personnel spread across all operational areas in the port.

As a workers’ union, Adewale noted that the employment structure in most government maritime parastatals have over the last decade assumed an inverted pyramid employment structure, where there are more of senior staff than junior, thus, affecting their capacity to  effectively man port operations in jetties and terminals.

To this end, the union reinstated the state of emergency in the industry, calling on the Shipping Association of Nigeria (SAN) and other stakeholders to save the shipping industry from imminent industrial action.

On the International Oil Companies (IOCs), many of whom the union alleged have persistently disobeyed the nation’s stevedoring regulations, the union called on the government to get them to conform to regulating the nation’s labour laws and standard.

In their responses, Director-General of the Nigerian Maritime Administration and Safety Agency (NIMASA), Dr. Bashir Jamoh, who commended Adewale for his selfless service, also appreciated the union for creating a peaceful environment devoid of strikes.

On IOCs alleged disobedience to the nation’s laws, Jamoh said the agency would work with critical stakeholders to resolve the matter amicably.

Managing Director of NPA, Mohammed Bello-Koko, who was represented by General Manager, Human Resources, Ahmad Umar, said the authority has obtained approval to recruit more employees to address the lapses on shortage of workers.