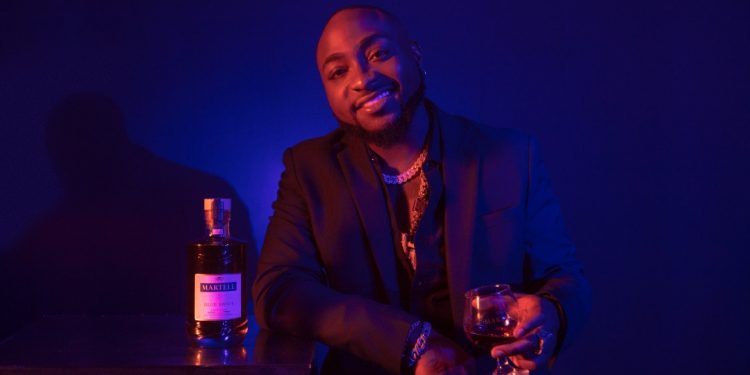 Maison Martell is delighted to announce Davido, the singer-songwriter and record producer, as its new “Standout Swift”. He will become an international ambassador for the Cognac House, with which he shares a sense of freedom and audacity, as well as the will to pave the way for others and create a legacy for future generations.

Although his songs are the soundtrack to Nigerian nights, Davido’s fame extends far beyond the borders of Africa. Over the past decade, he has raised the bar by shifting from the norm, reaching milestones that have brought the Naija music scene to international prominence. His roots in both the United States and Nigeria help to create a link for cultural tolerance amongst his fan-base, making him particularly influential among the emerging leaders who are shaping the future.

For Martell, a “Standout Swift” is someone who challenges convention and opens the way for others – and Davido certainly has that power. “Davido and Martell is above all the story of an encounter. Davido is fired by the same creative energy as Martell. His songs are a way for him to express his unique talent and his bold personality and – above and beyond that – to speak for his generation,” comments César Giron, CEO of Martell Mumm Perrier-Jouët.

Davido launched his own production company DMW (Davido Music World) in order to inspire creativity by paving the way for talented young musicians. Like Martell, he is creating a legacy that starts – but does not end – with him.

“I am proud to go on this incredible adventure with Martell, as I know we are pursuing the same goal: opening the way for others, each within our own creative field. We share the same idea that we rise by lifting up others. Through my songs, I want to show the new generation that anything is possible. That’s what I love about Martell’s history and expertise: the capacity to continually reinvent tradition,” says Davido.

Born in Atlanta, Georgia and raised in Nigeria, 27-year-old Davido (real name David Adedeji Adeleke) has been a champion for the continent of Africa. A singer-songwriter, producer, philanthropist and actor, Davido chose to chase his music dreams and whilst doing so earned over 30 awards including a MOBO for Best African Act, MTV EMA for Best International Act, three MTV Africa Music Awards, two BET Awards and two Nigerian Teen Choice Awards for “Top Featured Artist” and “Choice Male Artist.”

With a discography attesting to over a billion global streams and 500 million video views, the Afrobeats forerunner has very much established himself as a force to be reckoned with.

The oldest of the great cognac houses, founded by Jean Martell in 1715, Maison Martell is renowned throughout the world for the finesse and elegance of its cognacs, the result of a legacy of savoir-faire handed down through nine generations. Together with a passion for its craft and a profound attachment to the terroir, Maison Martell is defined by the audacity with which it has challenged convention to create new expressions of cognac, including the icon Martell Cordon Bleu in 1912. The free spirit of the House is symbolised by its historic emblem: the swift.

Pernod Ricard is the world’s No 2 in wines and spirits with consolidated sales of €8,448 million in FY20. Created in 1975 by the merger of Ricard and Pernod, the Group has undergone sustained development, based on both organic growth and acquisitions: Seagram (2001), Allied Domecq (2005) and Vin&Sprit (2008). Pernod Ricard, which owns 16 of the Top 100 Spirits Brands, holds one of the most prestigious and comprehensive brand portfolios in the industry, including: Absolut Vodka, Ricard pastis, Ballantine’s, Chivas Regal, Royal Salute, and The Glenlivet Scotch whiskies, Jameson Irish whiskey, Martell cognac, Havana Club rum, Beefeater gin, Malibu liqueur, Mumm and Perrier-Jouët champagnes, as well Jacob’s Creek, Brancott Estate, Campo Viejo, and Kenwood wines. Pernod Ricard’s brands are distributed across 160+ markets and by its own salesforce in 73 markets. The Group’s decentralised organisation empowers its 19,000 employees to be true on-the-ground ambassadors of its vision of “Créateurs de Convivialité.” As reaffirmed by the Group’s strategic plan, “Transform and Accelerate,” deployed in 2018, Pernod Ricard’s strategy focuses on investing in long-term, profitable growth for all stakeholders. The Group remains true to its three founding values: entrepreneurial spirit, mutual trust, and a strong sense of ethics, as illustrated by the 2030 Sustainability and Responsibility roadmap supporting the United Nations Sustainable Development Goals (SDGs), “Good times from a good place.” In recognition of Pernod Ricard’s strong commitment to sustainable development and responsible consumption, it has received a Gold rating from Ecovadis. Pernod Ricard is also a United Nations’ Global Compact LEAD company. Pernod Ricard is listed on Euronext (Ticker: RI; ISIN Code: FR0000120693) and is part of the CAC 40 and Eurostoxx 50 indices. 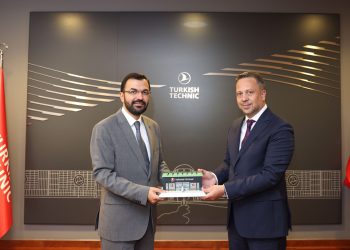 Turkish Technic, a leading provider of maintenance, repair, and overhaul (MRO) services for commercial and government operators, has signed a ten-year global... 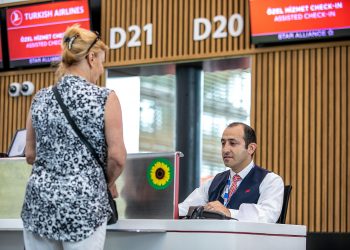