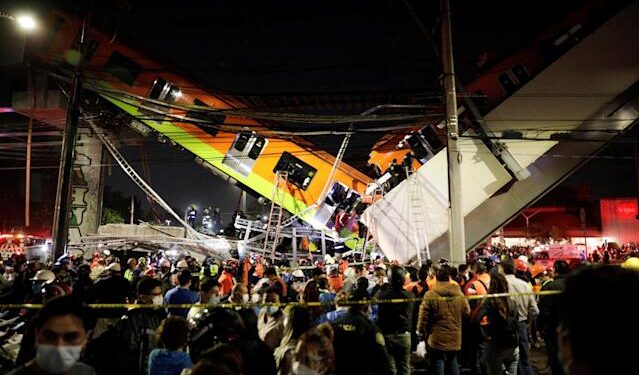 The train was traveling on an elevated part of the city’s rapid transit system on the newest Line 12, also known as the Golden Line, when part of the overpass collapsed onto traffic below, Mexico’s Secretariat of Risk Management and Civil Protection said.

CCTV surveillance footage shows the moment the overpass collapsed directly onto the street, sending up a cloud of dust and debris. Earlier, officials said at least 70 people were injured.

Sheinbaum said one survivor was trapped in a vehicle beneath the rubble, but has since been freed. There are no other people trapped, the mayor said.

Rescue efforts were temporarily suspended earlier in the night due to concerns over the stability of the subway car, which was still dangling over the road.

Mayor Sheinbaum said 49 had been transferred to hospitals, seven of whom were in a serious condition. Minors were among the dead, she said.