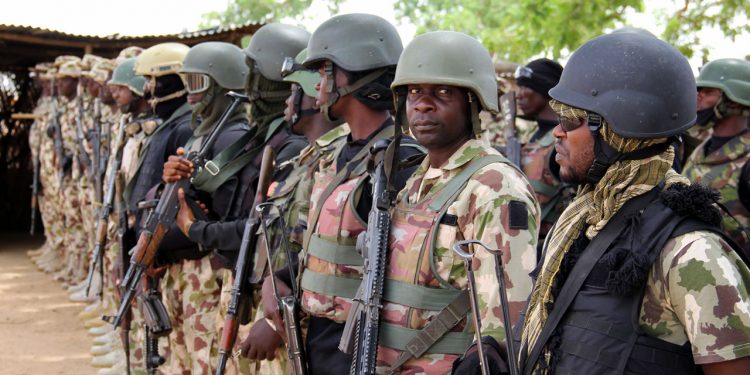 The Director, Defence Media Operations, Maj.-Gen. Musa Danmadami, made this known while giving update of military operations, on Thursday in Abuja.

He added that 21 oil thieves and pipeline vandals were also apprehended within the period under review.

“Cumulatively within the weeks in focus, oil thieves were denied a total of N713.6 million in the region.

“The large quantity of illegal crude oil and other petroleum products recovered and destroyed and the number of arrested oil thieves and pipeline vandals, shows the unrelenting efforts by the troops of Operation Delta Safe in denying them freedom of action,” he said.

In the South East, Danmadami said the troops and other security agencies in the zone, neutralised seven criminals, apprehended 25 others and rescued eight kidnapped civilians.

According to him, all recovered items, rescued civilians and apprehended criminals have been handed over to the relevant authority for further action.

In the South West, he said the troops of Operation AWATSE in the conduct of Operation Swift Response recovered 1,680 (50kg) bags of foreign rice, 997 jerrycans of 30 litres of PMS, one truck, two golf cars, bales of used clothing, among other items.

Danmadami said that the troops also arrested two criminal elements during the operation.