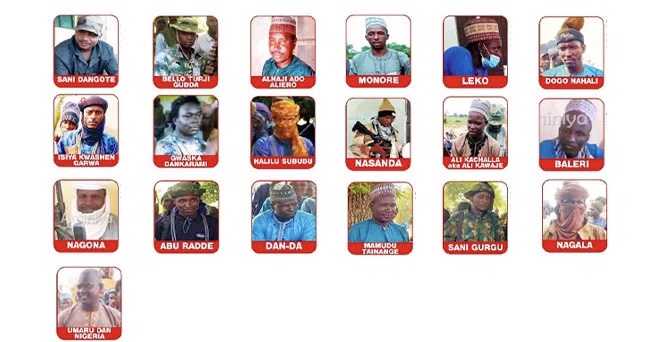 The Nigerian Military authorities has declared 19 Terrorists wanted and placed N5m bounty on each of them for anyone with information leading to their arrest.

According to a banner placed along strategic locations across the country, a N5m reward awaits anyone with information that could lead to the arrest of any of the terrorists.

The banner, which gave the origins of the Terrorists communicated in both English and Hausa languages, with a dedicated phone number for the report.