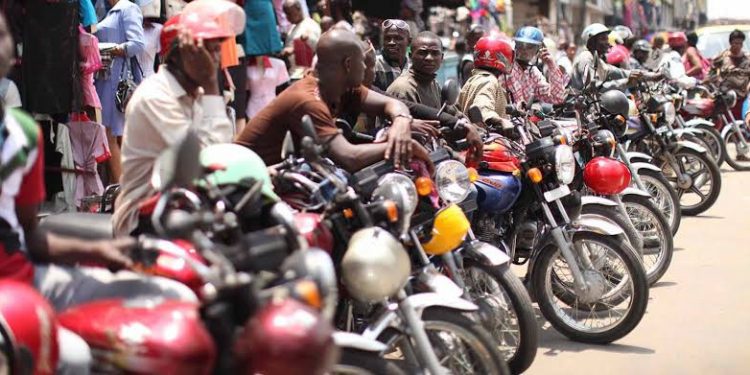 Following their resolution to ignore the ban enstated by the Lagos State Government, commercial motorcyclists, have continued to duel with task force authorities in the state.

Yesterday, in the Isolo axis of the state, residents and passers-by at the Cele Bus Stop, witnessed gunshots from the Lagos State Task Force who were in the area to enforce the ban on motorcycle operation.

The Lagos State Governor, Babajide Sanwo-Olu, had insisted on a total ban on Okada operation in some areas, taking effect from June so that the First and Last Mile Buses (FLM) could take over the inner roads.

According to residents, officers of the task force stormed the area and started shooting sporadically to seize motorcycles from the riders, but left after some minutes.

The action caused pandemonium as residents and passers-by who witnessed the gunshot scampered to safety.

Many also took to social media to warn motorists to avoid the area. One of such messages claimed that cultists were engaging one another in a free for all.

However, the situation was brought under control at about 10:15am. The riders also returned to the road, but were cautious not to be arrested with their bikes.