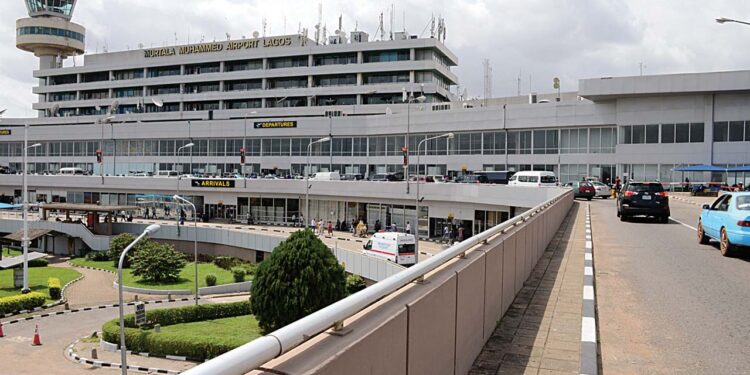 The new terminal at the Lagos’ Murtala Muhammed International Airport will become operational in February 2021.

The Federal Airports Authority of Nigeria (FAAN), yesterday, disclosed the new completion date to House of Representatives members on an oversight function in Lagos.

In a related development, FAAN has deepened a cashless policy as part of measures to plug loopholes, optimise revenue generation/ collection, and promote efficiency.

The terminal was one of the four facilities to be built under the Nigeria-Chinese $500 million loan deal signed in 2013 and scheduled for completion in 2015. Though the terminals in Abuja and Port Harcourt have since been completed, those of Lagos and Kano are still in the works.

Managing Director of FAAN, Rabiu Yadudu, told lawmakers that the terminal would have been completed this December, but for the emergence of the COVID-19 pandemic that slowed down the China Civil Engineering Construction Corporation (CCECC) operation.

Yadudu said the work had since regained momentum and near completion for the February opening.

The MD added that FAAN had taken some steps to improve revenue generation and curb spending in recent months, assuring that the agency would continue on that path.

Some of the steps taken include the suspension of procurement of non-essential items, reduction in all staff-related costs to the barest minimum, and an aggressive debt recovery drive.

Others, according to Yadudu, are plugging revenue loopholes, cash and fly policy, promotion, and enforcement of the cashless policy, and the continuous strengthening of Business and Operational Excellence by improving on people, processes, platforms, and performances.

“In keeping with our vision and mission, we have strategically positioned ourselves to ensure that we have modern and up-to-date high-tech equipment and facilities that will aid better security, safety, and comfort of all stakeholders.

“Aviation business is global, technical and highly regulated with huge infrastructure requirements. It is necessary to add that the aviation business is driven by volumes and turnaround with an operating profit margin of between 2.5 per cent to five per cent. Without the required volumes and traffic, it will be difficult to breakeven.

“Therefore, the aviation agencies will urgently need intervention funds from the Federal Government to address infrastructural gaps and position the industry for better service delivery and contribution to the national economy,” Yadudu said.

Nnaji said there had been some improvements in the facilities at the airports in the last year, despite the challenges of 2020, and charged the management of FAAN to invest more in safety and security infrastructure.

He said: “The worst we had was the COVID-19 pandemic. We are happy that the industry is coming back. As you can see, a lot of things were abandoned but contractors are now coming back to the site.

“Last year, we noticed that there was no connection between the old and the new terminal, but today, as you can see, they have done the connection. What the Managing Director of FAAN said is that by February 2021, they will open up the corridor for passengers to use. We are impressed with FAAN.”

“Last year, there was no apron like this, but this year, we now have it. It goes to show that FAAN is working and moving forward. We are happy with FAAN and we are ready to support the industry to move forward.”