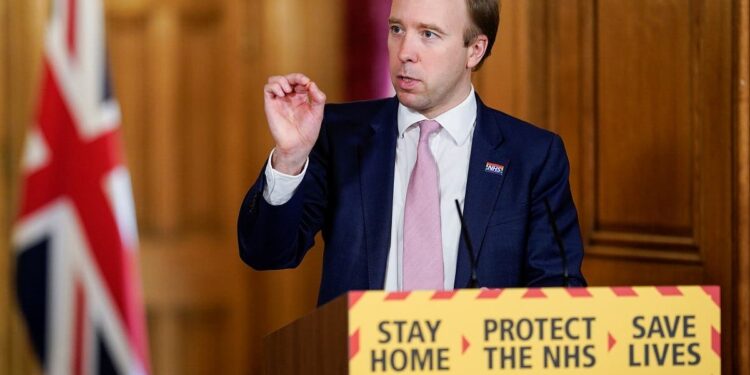 It is “highly unlikely” the new mutation would not respond to a coronavirus vaccine, Mr Hancock told the Commons today.

A “new variant” of coronavirus has been identified in the UK, which is believed to be causing the faster spread in the South East, Health Secretary Matt Hancock has said.

More than 1,000 cases of the new variant have been found, “predominantly in the south of England”, Mr Hancock told the House of Commons this afternoon.

It is spreading faster than the existing strain of the virus and believed to be fuelling the “very sharp, exponential rises” in cases across the South East, he said.

So far it has been found in 60 local authority areas and is thought to be similar to the mutation discovered in other countries in recent months.

It was first identified in Kent last week, with ministers told about it on Friday.

The health secretary said that there is currently no evidence that the new variant will not respond to the vaccines being rolled out across the country.

“I must stress at this point there is currently nothing to suggest that this variant is more likely to cause serious disease.

“And the latest clinical advice is that it’s highly unlikely this mutation would fail to respond to a vaccine,” he told MPs.

The World Health Organisation (WHO) has been informed and government scientists are studying the new variant at its facility at Porton Down, Mr Hancock added.

The surge in cases in the region saw the health secretary announced that London, parts of Hertfordshire and Essex will go into the toughest Tier 3 coronavirus restrictions at midnight on Wednesday.

A decision on whether the capital and parts of the South East should move up a tier was due on Wednesday, but Mr Hancock said the surge in cases made it necessary to bring the changes forward.