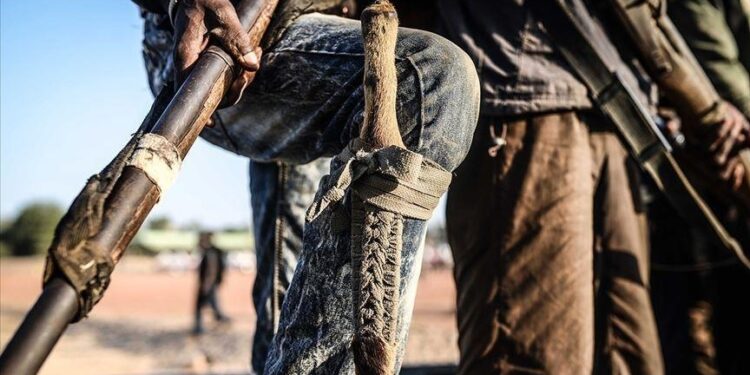 Niger’s prime minister says 100 people are now known to have been killed in Saturday’s attacks by suspected jihadists on two villages.

Brigi Rafini said 70 people were killed in the village of Tchombangou and 30 others in Zaroumdareye – both near Niger’s border with Mali.

It was one of the deadliest days in living memory, as Niger grapples with ethnic violence and Islamist militancy.

No group has said it carried out the attacks.

According to local mayor Almou Hassane, those responsible travelled on “about 100 motorcycles,” AFP news agency reports.

They split into two groups and carried out the attacks simultaneously.

Former minister Issoufou Issaka told AFP that jihadists launched the assaults after villagers killed two of their group members, though this hasn’t been officially confirmed.

Mayor Hassane said 75 other villagers were left wounded in the aftermath, and some have been evacuated for treatment in Ouallam and the capital, Niamey.

Prime Minister Rafini visited both of the villages on Sunday.

“This situation is simply horrible… but investigations will be conducted so that this crime does not go unpunished,” he told reporters.

Niger’s Tillabéri region lies within the so-called tri-border area between Niger, Mali and Burkina Faso, which has been plagued by jihadist attacks for many years.

Last month, seven Nigerien soldiers were killed in an ambush in the region.

Areas of Niger are also facing repeated attacks by jihadists from neighbouring Nigeria, where the government is fighting an insurgency by Boko Haram.

As part of efforts to quell the violence, France has been leading a coalition of West African and European allies against Islamist militants in the Sahel.

The latest attacks in Tillabéri also come amid national elections in Niger, as President Mahamadou Issoufou steps down after two five-year terms.

Election officials announced provisional results on Saturday, showing a lead for Mohamed Bazoum – a former minister and a member of Niger’s ruling party.

A second round of votes is expected to be held on 21 February, once ballots have been validated by the country’s constitutional court.