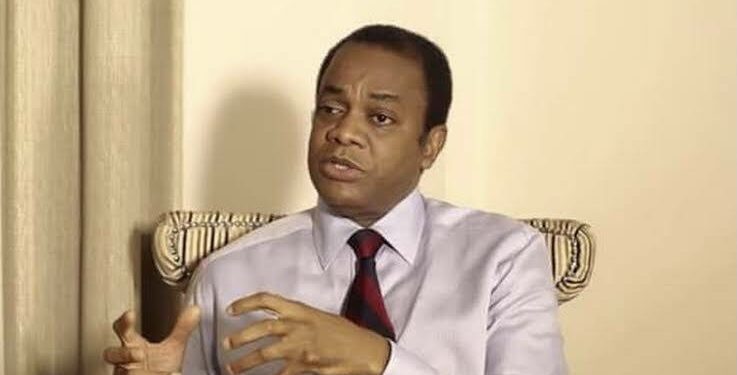 A former governor of Cross River State, Donald Duke, has lamented that Nigeria is becoming a global threat, noting that the country has failed.

Duke, who insisted that the system has been corrupted, stressed that no political party can get the country out of its current state.

He said this on Saturday at the Front foot media initiative’s roundtable discussion held in Ikeja, Lagos State.

The former governor who was one of the keynote speakers at the media roundtable lamented that the media had lost its grip on holding the government accountable.

He noted that politicians have directly or indirectly taken over the ownership of media organisations.

He expressed that the rot in the country, “is so deep that even trying to do the right thing is odd to many people.”

“One of the weaknesses in our nation is the justice system.  Without justice, you will have no peace and unity.

“The system is so endemically corrupted; no political party can get us out of the rot. None of the politicians I see today can help us out of this.

“Nigeria has gone beyond a failed state, we are now becoming a global threat because we have the capacity to go anywhere.”

Haruna emphasised that the media needs to focus more on politicians’ conduct rather than the constitution.

“Media holds the public the duty to bim its searchlight of political behaviour on those at the state and local government levels.”

Earlier in his welcome address, the FrontFoot Media Initiative Chairman, Sully Abu, said the roundtable is to draw the attention of media stakeholders to the need to hold the government accountable.

Present at the roundtable were prominent media personalities, editors of frontline newspapers, and representatives of the Wole Soyinka Centre for Investigative Journalism.