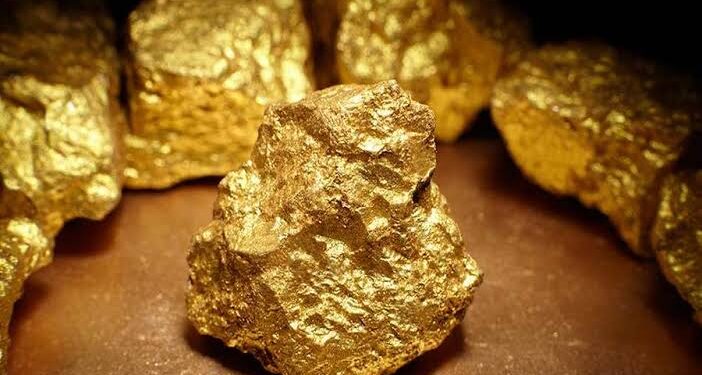 Nigeria has discovered gold along the Abuja-Nassarawa axis, through the National Integrated Mineral Exploration Project (NIMEP), a programme undertaken by the Ministry of Mines and Steel Development.

This was disclosed by the Minister, Olamilekan Adegbite, during the visit of the Executive Governor of Nasarawa State, Engr. Abdullahi Sule to the Ministry on Tuesday.

While assuring the Governor of the ministry’s intention to develop the mineral resources in the state, the Minister explained that the NIMEP project which had cost the ministry N15 billion had generated troves of geoscience data that had foreign investors excited about the juicy mining prospects in the country.

According to him, the ministry was resolved to avoid a repeat of the Zamfara experience in Nasarawa State, in which bandits were largely in charge of the gold mining in that state.

He said, “It is a pleasure to receive the governor of Nasarawa State in my office today and this should not be a surprise because Nasarawa State is the home of solid minerals in the country. We had an earlier discussion about recent discoveries of precious minerals along the Nasarawa, Abuja axis.

“As you probably might be aware, we have been talking about this for a while, there is a programme we call NIMEP executed by the ministry where the government has put about N15 billion into exploration for minerals, one of which is gold, and we have done this exploration over the country and have discovered a very nice track of gold deposits especially between Abuja and Nasarawa where we share borders.”

Adegbite equally allayed the concerns of the Nasarawa State government about the menace of illegal gold mining snowballing in the state due to the large deposits of gold in the state.

He added that the ministry was working with relevant security agencies to avert such an unwanted scenario from happening.

“We know that gold mining attracts a lot of undesirables. Wherever these people smell gold, if I may use the word smell, whenever they have an inkling that there is gold, it somehow attracts these undesirable elements. It always follows that we have illegality developing around there. However, we are working hard to nip these in the bud.

“We don’t want banditry to come to Nasarawa and Abuja on the trail of gold as it has unfortunately happened in Zamfara,’ he said adding that the federal government had reiterated its ban on gold mining in Zamfara due to banditry. ‘ You’ll recall that just about a week or two ago, the government reiterated its ban in Zamfara. Mining was actually banned in Zamfara in April 2019, and about a few weeks ago the government had to reiterate that ban and also had to declare a no-fly zone. So we do not want a repeat of that in Nasarawa State,” he added.

Adegbite added that the ministry had a special mines police that was saddled with curbing the menace of illegal mining in the country.

“We will be working with security agencies, possibly bringing in the military to make sure that we prevent such an occurrence of illegal mining in this axis of Nasarawa and the Federal Capital Territory. So I have been talking with the governor and we are going to involve security apparatus,” he said.

The executive governor of Nasarawa in his response said that the state was prepared to work with the ministry to prevent the snowballing of illegal mining in the state, revealing that his administration was indeed concerned about the threat of illegal mining and its associated vices.

The governor revealed that despite experiencing some form of illegal mining of gold in the area called Uke, that it had indeed attracted some respectable companies who were mining legally in the state.