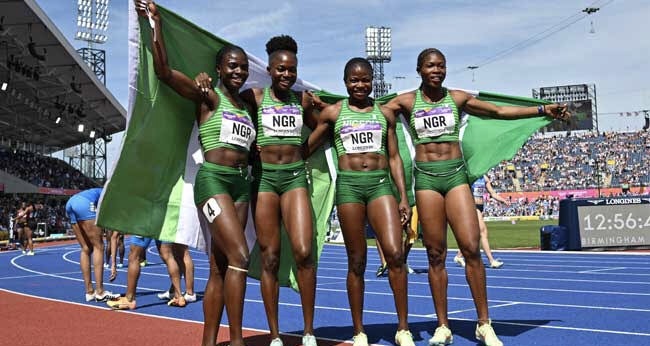 Nigeria stands to be stripped of the women’s 4x100m relay gold at the 2022 Commonwealth Games in Birmingham, after an unnamed member of the quartet failed a doping test.

It was learnt that the Athletics Federation of Nigeria had been notified of the development by the World Anti-Doping Agency, as the confirmation of the B sample is still being awaited.

As a rule, the team would be stripped of the medal and the performance, if the athlete is not exonerated.

He said the federation had begun an investigation of the matter and would make its position known.

“The letter from the World Anti-Doping Agency just reached the federation today (Friday) and we are shocked to hear this for the first time. We risk being stripped of the 4x100m Commonwealth Games gold we won in Birmingham,” Okowa said.

“But we will carry out our investigation. Although an athlete is responsible for anything that has to do with doping, this is not a good development for us.”

The AFN boss, however, declined to mention the name of the athlete involved, saying the AFN would make a public statement after concluding its investigation.

“No, I can’t disclose the identity of the athlete now because we need to confirm exactly what happened and conclude on our findings before making a public statement.

“The matter is still being investigated and it’s not yet confirmed. What we got is notification letter, so, that everybody concerned will be ready for their defence,” AFN head coach Seigha Porbeni added.