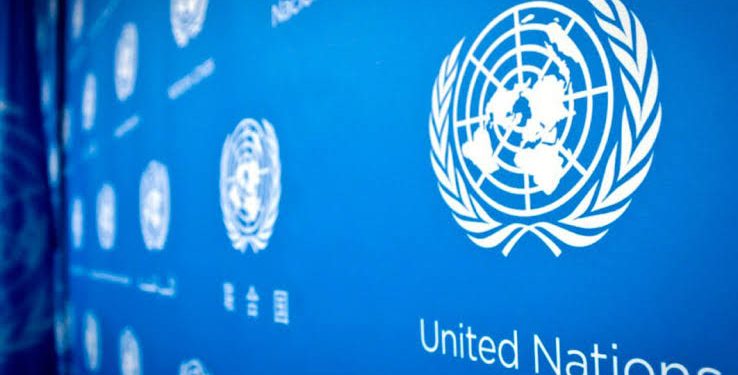 A group of 120 NGOs have called on world leaders to do more to halt a devastating global hunger crisis as new analysis shows 17 per cent of the global population are likely to need humanitarian aid by 2022.

This follows a Global Humanitarian Overview 2022, released yesterday by the United Nations (UN) Office for the Coordination of Humanitarian Affairs (OCHA), which warned that 274 million people could be in need of humanitarian assistance next year. This is up from 235 million people in 2021 and 168 million in 2020.

According to the UN, “this number is a significant increase from 235 million people a year ago, which was already the highest figure in decades. The United Nations and partner organisations aim to assist 183 million people most in need across 63 countries, which will require $41 billion.”

Nigeria ranks ninth on the index according to the number of people in need with $1.1 billion required for the 8.3 million people critically in need of humanitarian assistance in 2022.

The top three on the list is Afghanistan, Syria and Yemen, followed by Ethiopia, Sudan, Democratic Republic of Congo (DRC), South Sudan and Somalia. Myanmar completes the top 10 indexes coming after Nigeria.

With the world currently battling the worst hunger crisis this century, one of the main causes of humanitarian need is food insecurity with the number of people at risk of famine rising by 60 per cent since the COVID-19 pandemic struck.

Currently, an estimated 45 million people across 43 countries are at risk of famine, up from 27 million in 2019.

It notes that hunger and malnutrition disproportionately affect women and girls, putting them at increased risk of extreme hunger and gender-based violence. Children are among the most at risk, as severe malnutrition affects over 45 million children globally, which is the cause of about 45 per cent of deaths of children aged under five.

The Famine Prevention Compact, made by the G7 in May, has not been fulfilled, signatories of the letter said, and one in 10 people are malnourished.

“It is clear that, since then, the situation has only deteriorated. Grand gestures do not fill empty stomachs,” they write.

“Less than half the funding needed to stave off famine in six countries of highest concern (Burkina Faso, Ethiopia, Southern Madagascar, Northeast Nigeria, South Sudan and Yemen) has been received to date. Meanwhile, some Humanitarian Response Plans (HRPs) are less than 20 per cent funded.”

The letter added: “There has been a 370 per cent rise in people experiencing catastrophic levels of hunger since April and now a staggering 45 million people are at extreme risk — on the brink of famine. These numbers do not tell the whole story. Behind them are people suffering immensely from a crisis that we can prevent. What will it take for this situation to change?”

The Minister of Humanitarian Affairs, Disaster Management and Social Development, Sadiya Umar Farouq, however, reiterated the need for developed countries to honour the promises made in 2009 of mobilising $100 billion yearly to support climate action in developing countries.

The Minister, who was one of the panelists at the launch of the 2022 Humanitarian Overview, made this known, yesterday, while speaking on the theme ‘Climate Change and Responding to a More Challenging Humanitarian Landscape’ virtually hosted by OCHA.

Umar Farouq stated that since the Ministry’s establishment in August 2019, it has worked collaboratively with critical stakeholders to address socio economic vulnerabilities and provide humanitarian action.

“I believe the main challenge we face is the global responsibility, to address climate change collectively. In Glasgow, we urged developed countries to honour the promises made in 2009 of mobilising $100 billion per year by 2020 to support climate action in developing countries.

“Our focus towards reversing climate change requires vision, fortitude and coordinated action. This is a collective vision and must be deployed through engagement with international, regional and state actors.

I believe, we as a government play a critical role in making sure that we provide the leadership required to achieve the vision, to ensure a stronger, greener and cleaner Nigeria for generations to come.”