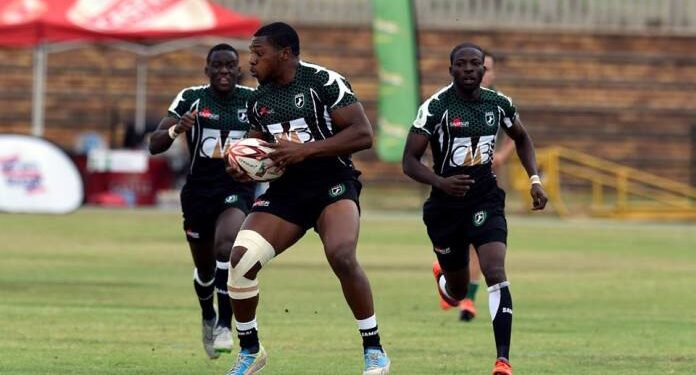 Rugby Africa yesterday announced the suspension of Nigeria from all its activities, citing the recent ‘illegal’ dissolution of the Nigerian Rugby Football Federation (NRFF) by the Federal Ministry of Youth and Sports Development.

The implication of the suspension is that Nigeria’s rugby national team (Black Stallions) will not participate in the 2023 Rugby World Cup African qualifier scheduled for Burkina Faso next month.

The suspension also affects the women national team earlier billed to feature in their first international championship this year in Burkina Faso.

NRFF officials explained that the suspension has thrown the body into confusion, as they were almost through with preparations for the forthcoming international championships.

“As you may be aware the Youth and Sports Development Minister has dissolved the various national sports federations, including Nigerian Rugby. As an immediate result, Rugby Africa has responded that this move did not follow the approved process as stipulated in the NRFF Constitution.

“Consequently, NRFF has been suspended from all Africa Rugby tournaments and events with immediate effect. I am sad to report therefore that Nigeria will no longer be allowed to participate in the Rugby World Cup African repechage tournament in Burkina Faso next month,” the NRFF said in a statement.

Black Stallions Former Captain and NRFF General Manager, Azeez Ladipo, lamented that Nigeria risks losing so much if the decision is not reversed before Friday.

“We finished seventh in the African Cup in November 2019 in South Africa, which also served as Olympics qualifiers.

Black Stallions also lost 65 to 3 to Madagascar in December 2019 when we used 100 per cent home-based players.

“Because of the 2017 suspension, many of our foreign-based players lost interest in the team and it took us three years to rebuild credibility. Now 15 foreign-based players have committed to play for Nigeria at the World Cup 2023 qualifiers in Burkina Faso next month and the team is now faced with sanctions.

“If the minister does not reinstate the board by Friday, which is deadline to secure flight tickets for both our men and women teams, World Rugby will have no choice but suspend us permanently.

“We just came back from suspension not long ago in 2017 because of some issues in the federation. Going into another one will kill Rugby in Nigeria.”

Ladipo added that it would take the Nigeria many years to regain its ratings if the country is suspended again.

Reacting to the news of the suspension, Special Adviser to Sports Minister on Media, Mr. John Joshua Akanji, dismissed it as fake, which should be disregarded.

However, he did not throw more light on the thinking at the ministry of sports.

Meanwhile, Youth and Sports Development Minister, Sunday Dare, has charged the newly inaugurated caretaker committees of the 30 federations to be focused in the best interest of the nation.

Speaking while inaugurating the committees in Abuja yesterday, Dare said, “the dissolution became necessary because of the expiration of your tenures. It is also important because of the Tokyo Olympics, which is less than 90 days away.

“This requires that all hands are on deck because continuity is necessary to ensure preparations for the Games are not hampered in any way. The caretaker committees were thus specially selected to reflect our aspirations towards podium appearances at the Tokyo Olympics.”

The minister warned that he would not hesitate to remove any caretaker committee that works at cross-purposes with the federation’s aspirations.