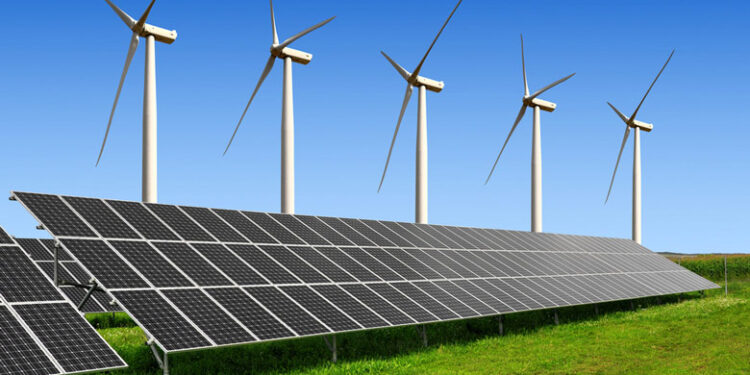 Nigeria’s minister for power, Engr. Abubakar Aliyu has said the country will be partnering with China on renewable energy.

The minister wrote that on Tuesday, November 29, he met with a delegation from the China Renewable Energy Engineering Institute (CREEI), led by the deputy director-general of the institute, Mr Gu Hongbin. During the visit, both parties spoke about potential cooperation between Nigeria and the institute. Mr. Hongbin sought to cooperate with Nigeria in the areas of capacity building and research. However, Engr. Aliyu sought cooperation with the institute on the implementation of Nigeria’s energy transition plan.

In August 2022, Nigeria launched the country’s energy transition plan. The plan is a major pathway in achieving universal energy access by 2030 and a carbon-neutral economy by 2060. It also requires $410 billion above business-as-usual spending to deliver a transition plan by 2060, which translates to about $10 billion per year.

Potential benefits from CREEI: The China Renewable Energy Engineering Institute (CREEI) is a major renewable energy think tank in China. The institute contributes to China’s renewable energy growth and expansion, especially when it comes to wind turbines and solar panels. As of Q3/2022, China set a record of 156 gigawatts (GW) of renewable energy through new solar panels and wind turbines. With its expertise in solar and wind energy, CREEI could be an asset to the private sector players in the off-grid power sector as well as to educational institutions.

Diverse supply chains: Nigeria needs to step up its game and become a renewable energy component supplier. As the International Energy Agency (IEA) noted in July 2022, the world needs more diverse solar photovoltaic (PV) supply chains so as to ensure a secure transition to net zero emissions. In the IEA Special Report on Solar PV Global Supply Chains, it was stated that China has taken the lead on investment and innovation. It stated:

“China’s share in all the key manufacturing stages of solar panels exceeds 80% today, and for key elements, including polysilicon and wafers, this is set to rise to more than 95% in the coming years, based on current manufacturing capacity under construction.”

More players needed: The IEA also noted that accelerating clean energy transitions around the world will put further strain on these supply chains to meet growing demand. However, this also offers opportunities for other countries and regions to help diversify production and make it more resilient.