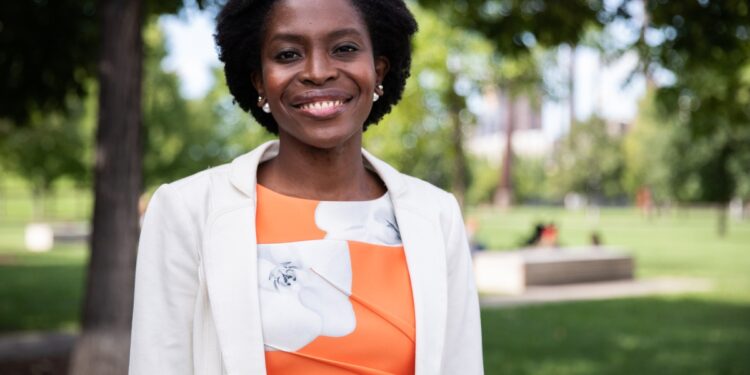 35 years old Ms. Esther Agbaje, a candidate of the Minnesota Democratic-Farmer-Labor Party (DFL) an affiliate of U.S. Democratic Party, has emerged winner to represent District 59B in the Minnesota House of Representatives in the Tuesday’s US general election.

Agbaje, a Nigerian-American, won by a landslide polling 17,396 votes, which is 74.7 per cent of the total ballots cast.

She defeated Republican Alan Shilepsky, her closest rival of the Republican Party, and Green Party candidate Lisa Neal-Delgado to represent downtown and north Minneapolis in the state House.

Agbaje of a Nigerian origin, whose father is an Episcopal Church priest and her mother a librarian – took to her Twitter to express her wins.

She tweeted, “I’m honored to have earned the support and trust of my neighbors to serve as their representative for #MN #HD59B. From North #MPLS to North Loop, Elliot Park to Bryn Mawr, I will work hard everyday to represent this entire district with empathy, compassion and pride”. #ThankYou”

Agbaje graduated from George Washington University, Washington, D.C., with a degree in political science. She holds a Masters in Public Administration from the University of Pennsylvania, and also a law degree from Harvard University.

She once served at the U.S. Department of State as a Foreign Affairs Officer, charged with managing rule of law projects in the Middle East.

Currently, she works as an attorney in Minneapolis with focus on general civil litigation and medical malpractice.

Agbaje’s victory has earned her a name in history as the first Nigerian-American in the Minnesota legislature.