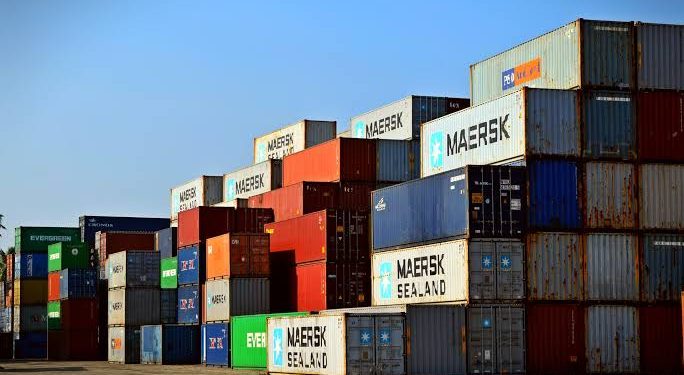 After much anticipation, the Nigeria Customs Service (NCS) Area ll Command, Onne Port has taken delivery of a cargo mobile scanning machine as earlier assured by the Comptroller General of Customs, Hammed Ali.

According to a press statement by the Command’s Public Relations Officer, Ifeoma Onuigbo, yesterday, the scanner, which is a product of Nuctech, was brought by Maersk Karun vessel from Shanghai China with model number MT1213DE.

This is coming three months after the purported time frame for the delivery of the scanners elapsed. The CGC has early this year announced that the Ministry of Finance had purchased three new scanners to boost e-Customs oppression, with the Central Bank of Nigeria (CBN) to purchase additional four within the next six months (June 2021), to be mounted at strategic entry points into the country, which will see to the deployment of 135 modern scanners.

Receiving the machine, the Customs Area Controller of the Command, Comptroller Auwal Mohammed described the arrival of the scanner as a positive milestone in the service efforts to modernise Customs operations, achieve ease of doing business, facilitate trade and enhance security with easier detection of prohibited imports.

Mohammed described the tortuous processes involved in physical examination of cargoes at the ports as time consuming and may not be as perfect as when done with the scanner.

According to him, officials of the service were not able to examine more than 100 containers daily, adding that with the new scanner, the service will be able to carry out examination on 200 containers on daily basis.

Mohammed explained: “Before the arrival of the scanner, examinations of cargoes were usually done manually and physically, whereby containers were positioned by the terminal operators. Then they provide gang of labourers, while officers of the Nigeria Customs Service and other agencies come for the examination.

“They cut off the seal manually, and then the contents inside containers are discharged manually by the labourers. Then, inspection or examinations are conducted by officers and other stakeholders. This takes time sometimes because of the packing of the goods in the container; and this is an examination that is done to confirm the declaration made by the agent or importer tallies with the content of the container.

“Virtually everything has to be carried or moved out of the container, then back into the container before examination is concluded. So it is cumbersome. It is time consuming, and not much containers are properly examined on a daily basis. With the coming of the scanner, which is a non-intrusive examination apparatus, examination will now be conducted with the use of x-ray.”

The Controller added that already trained Customs officers on scanning operation will undergo refresher training to update them on the latest technology.

According to him, any consignment found during image analysis to be containing suspected prohibition or concealments will be quickly referred for physical examination.

He also thanked the CGC for his unrelenting drive in modernising the Nigeria Customs Service.