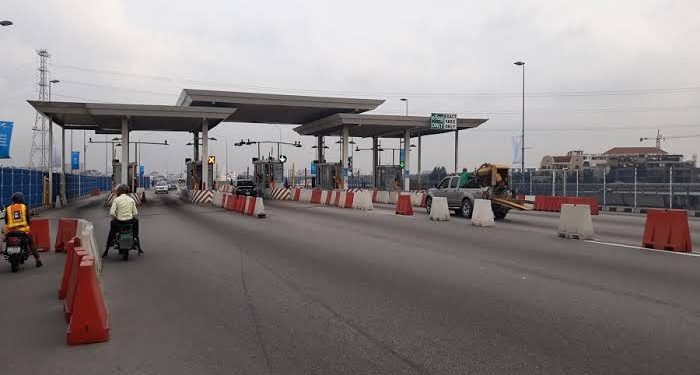 Some stakeholders including the Manufacturers Association of Nigeria and the Lagos Chamber of Commerce and Industry on Thursday warned against the misuse of funds to be generated from tolls on selected federal roads.

The Federal Government is going to reintroduce toll plazas on the Lagos-Ibadan, Abuja-Lokoja, Enugu-Port Harcourt dual carriageways and on more than 10 other federal roads across the country, it was learnt on Thursday.

On Wednesday, the Federal Executive Council approved the reintroduction of toll collections on selected dual carriageways across the country.

The Minister of Works and Housing, Babatunde Fashola, who disclosed the approval, explained that Nigerians would pay N200 or N500 at the toll stations depending on the particular vehicle, once the exercise begins.

One of our correspondents gathered on Thursday that all the 12 federal roads currently up for concession under the Highway Development and Management Initiative of the Federal Government would be tolled.

The HDMI was created by the Federal Ministry of Work and Housing to develop and manage the country’s federal road network through private sector investment, maximising the use of assets along the right of way.

It was learnt that the 12 roads that were up for concession under the first phase of the HDMI include Benin-Asaba, Abuja-Lokoja, Kaduna-Kano, Onitsha-Owerri-Aba, Shagamu-Benin, and Abuja-Keffi-Akwanga federal highways.

Aside from the 12 roads under the HDMI project, officials of the works ministry confirmed to our correspondent in Abuja that other dual carriageways and bridges would get toll plazas.

“It (toll plazas) is not only for the federal roads that are under the HDMI. Rather, it includes all dual carriageways and bridges, both those under the HDMI as well as others,” the Director, Press and Public Relations, FMWH, Boade Akinola, stated.

She added, “This is because the ones mentioned by the minister has the Lagos-Ibadan Expressway, Abuja-Kano Road and so on included in them, but those roads are not under the HDMI project.

“Also, for the Abuja-Kaduna-Kano-Zaria Road, the government is fully funding that. So all the HDMI roads and all the dual carriageways and bridges are to be tolled. But No single lane will be tolled.”

On the management of the roads when the toll plazas become functional, officials of the ministry explained that concessionaires would manage some of the facilities.

They explained that a total of 75 firms had already submitted bids to serve as concessionaires for the 12 federal roads that were mapped out for concession by the Federal Government under the HDMI project, adding that the successful bidders would ensure efficient management of the roads.

The ministry officials said the HDMI initiative aimed at creating alternative source of financing for road development and management across the country, while unlocking the economic potential of the project routes with attendant job creation.

They said the ministry was expecting over N1tn from the private sector for the development and maintenance of the 12 highways selected for concession under the HDMI.

They explained that the 12 highways combined represent about 1,963km and less than 5.6 per cent of Nigeria’s 35,000km federal highway network, adding that the roads that would get toll plazas, including the 12 under HDMI, constitute 14.3 per cent or 5,050km.

The Director-General of the LCCI, Dr Chinyere Almona, warned against misusing funds to be generated from the tolls.

She said, “The economic implications can be a mixed grill such that if the revenue generated from the tolling is judiciously used to maintain the roads and build new ones, this may ease the movement of goods and persons for trade and commerce across the country.

“However, if the revenue generated is not invested to maintain the roads, there may be some backlash by users of these roads.”

Almona added, “We all are aware of the revenue challenges faced by the government but we expect that this should translate into more investment in infrastructure to reduce road transport costs.

“We don’t expect to have traffic gridlocks along the tolled roads and making commuters spend more time on queues trying to pay the toll fees.

“We also expect to see a deployment of technology in carrying out the tolling to make for more accountability in terms of revenue to be collected.”

Similarly, the Director-General of MAN, Mr Segun Ajayi-Kadir, said that although the introduction of toll by the government might add to the cost of transportation, what was important was ensuring that the roads were well maintained.

He said, “Since the objective of the government in introducing tolls is to provide an avenue for effective maintenance of roads and to gather critical sums to fix the road networks, it is expected that this introduction will lead to remarkable improvement in road maintenance and there will be accountability and strict application in the use of the funds generated for the roads.

“The business of the government is to generate revenue to provide utilities for the citizenry. I think most Nigerians should support the move and not think it is burdensome. “Although things are rather difficult as the disposable income of the average Nigerian is low, you have to consider that government revenue is also shrinking and there must be a way for the government to fund the public utilities.”

He added, “The funds must be used judiciously and exclusively for the maintenance of the roads.”