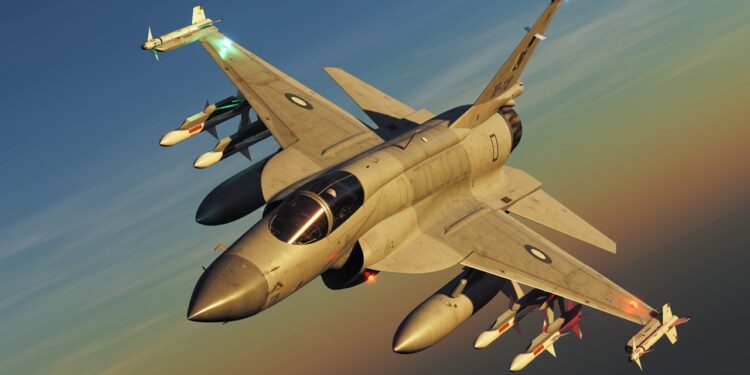 The Nigerian Air Force (NAF) said it has received 23 new aircraft mainly fighter aircraft procured by the federal government in 2020 to prosecute the war against insurgency.

It said 18 more aircraft, including the 12 Tucano fighter jets are expected to be delivered by the United States this year.

The NAF also said it is set to ramp up its partnership with Hungary in the areas of fighter pilot training, operation and maintenance of Intelligence Surveillance and Reconnaissance (ISR) cameras as well as other important areas of competence.

Speaking while receiving officials of the Nigerian Air Space Management Agency (NAMA) and the Nigerian Civil Aviation Authority (NCAA) in his office in Abuja at the weekend, the Chief of Air Staff, Air Marshal Sadique Abubakar, said the federal government has so far acquired 23 brand new aircraft for the NAF, while 18 more are expected to be delivered during the course of the year including eight Unmanned Aerial Vehicles (UAVs).

He said the 18 expected manned aircraft comprised 12 Super Tucano attack aircraft that would be based in Kainji as well as 3 JF-17 Thunder multi-role fighter aircraft.

He further disclosed that amongst the expected UAVs were the Wingloong II, which had endurance of between 16 and 20 hours, depending on its operating mode as well as the CH-4 and CH-3 UAVs.

The CAS also disclosed that the NAF was expecting three special mission aircraft that would be based in Benin to cover the maritime environment and handle some of the challenges in Nigeria’s territorial waters and Exclusive Economic Zone (EEZ).

“Therefore, it is nice that we keep you updated on what we are doing and ensure continuous interaction with you in terms of management of the airspace,” he said.

Abubakar expressed delight at the proposed deepening of the partnership with the NCAA and NAMA, noting that collaboration would further enhance the efforts of the force.

Speaking further, the CAS noted that other areas of concern include the certification of all the aviation personnel in the industry to ensure that “the right person is doing the right job.”

He added that the NAF had highly skilled human resources that could be of tremendous assistance to the NCAA and NAMA upon retirement.

He also asserted that there are quite a number of areas in which the NAF, NCAA and NAMA had been working together in the past, which included civil licensing of NAF pilots.

The air force boss noted that there was the need for NCAA to revisit NAF Aviation Medicine facilities in Kaduna and Lagos to further address the issue of their certification for aircrew medical examinations.

Air Marshal Abubakar also highlighted the need to reactivate the Airport at Azare in Bauchi State as it would go a long way in aiding the fight against insurgency in the North-east.

Speaking earlier, the DG, NCAA, Captain Musa Nuhu, emphasised that though cooperation existed between the NAF and NCAA, there was a compelling need to formalise it with a Memorandum of Understanding (MOU).

He noted that there were many areas of cooperation to be explored, for enhanced safety of operations and security within the nation’s airspace, especially at this time when the NAF was playing a very critical role in the fight against insurgency.

“We can form a committee and give them the task to come up with systems or ideas on how we can formalise the cooperation between the civil and the military,” he said.

The Managing Director of NAMA, Captain Fola Akinkuotu, noted that the importance of inter-agency collaboration in airspace management could not be overemphasised.

He said his agency was looking at having a mutually beneficial relationship with the NAF.

Meanwhile, NAF said it is set to ramp up its partnership with Hungary in the areas of fighter pilot training, operation and maintenance of Intelligence Surveillance and Reconnaissance (ISR) cameras as well as other important areas of competence.

This was disclosed weekend by the Chief of the Air Staff (CAS), Abubakar, while receiving the Hungarian Consul-General to Nigeria, Mr. Endre Peter Deri, and the Chief Executive Officer, Hungarian Magnus Aircraft Manufacturing Factory, Mr. Laszo Boros, at the Headquarters of NAF in Abuja.

The CAS noted that developing bilateral and multilateral partnerships in the war against terror has become necessary because of the global nature of terrorism and its attendant negative impact in the form of population dislocation due to forced migration as well as socio-economic upheavals, if not effectively dealt with.

He noted that the partnership between the NAF and Hungary would enable the NAF to take advantage of the competencies available in Hungary to address some of the technical challenges the service currently faces in the conduct of its operations.

Air Marshal Abubakar stated that the NAF was willing to send a team to Hungary to assess available opportunities for aircraft and associated equipment acquisition, human capacity development as well as Research and Development (R&D), amongst other areas of collaboration.

He highlighted other areas of interest to include the training of fighter pilots, aircraft technicians and engineers as well as capacity development for the operation and maintenance of ISR payloads and ISR imagery analysis.

A military update issued by the Directorate of Defence Media Operations (DDMO) said the operation was executed sequel to credible intelligence reports indicating the significant presence of armed bandits in the area, which is about 20Km West of the Kaduna-Abuja Highway.