Nigerian Navy To Set Up Bases in Bakassi, Gulf of Guinea 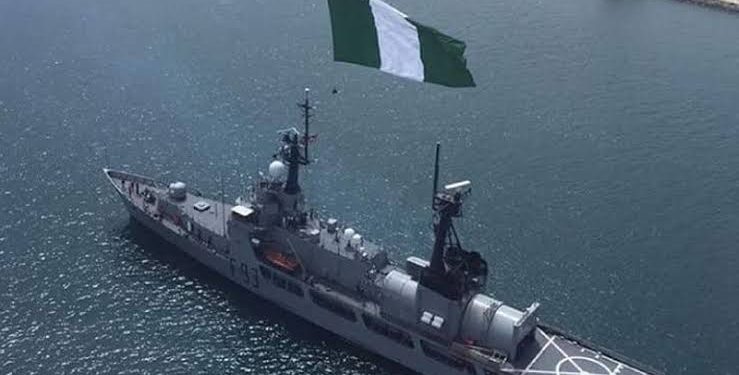 In a bid to boost security, in the Gulf of Guinea, the Nigerian Navy has hinted at plans to establish an outpost at Ikang and a naval security station at Dayspring Island in Bakassi Council of Cross River State.

A statement issued by Special Adviser to Governor Benedict Ayade on Media and Publicity, Christian Ita, during a visit to the governor in Calabar Vice Admiral Gambo explained that the move became necessary because the country was aware of the security situation exacerbated by cultism, kidnappings, and other criminal activities.

He said: “It has been part of our strategic plan and I think it is expedient that we urgently establish an outpost and security station in the locations so that we can improve our security architecture and secure our borders around Cameroun.”

He assured the governor of the Navy’s commitment to adequate security of the state and Nigeria, adding: “We have to be at alert and ensure that Cross River State and Nigeria is secured from the Gulf of Guinea area.

“We reassure of availability of the Nigerian Navy and we pledge improved service to ensure that Cross River State and the people are safe and secured for economic prosperity and development.

“We are consolidating operations in the creeks to ensure that we rid the area of cultists and kidnappers, among other criminal elements to ensure the area is safe for maritime business to thrive since Cross River is a littoral state.”

Vice Admiral Gambo, who said he was on an operational and administrative visit to Cross River State, expressed hope that the Naval War College being built in Calabar would be ready for commissioning next year.

Responding, Ayade commended the Navy for its security efforts in the state so far, which he said has kept the people safe, particularly knowing the complex nature of the state’s location vis-a-vis maritime security challenges.

“Recently, NNS Victory had undertaken several operations and I thank NNS Victory for clearing out the bad boys from the creeks. Indeed, that has helped,” he said.

He, however, pleaded with the Navy to also establish a base in Esighi, where the Bakassi Deep Seaport project is sited, saying: “We will need a strong naval presence and patrol in the maritime domain.”