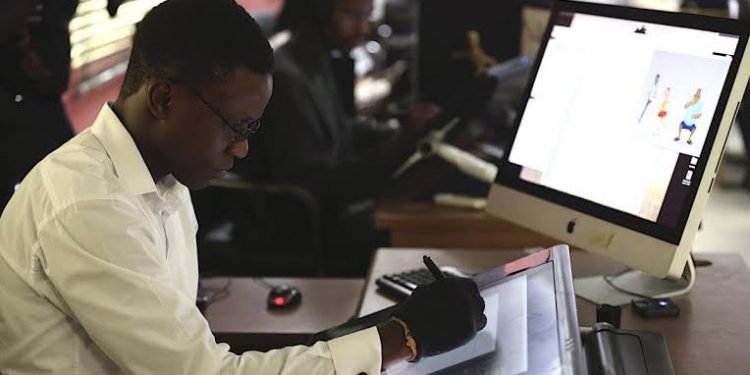 Startups operating in the Nigerian economy raised a sum of $1.25 billion through seed and series fundings across 91 deals in 2021, with the tech sector attracting a significant portion of the funding.

This is contained in the recently published Dealsbook report.

The funds raised by these startups in 2021 was significantly higher than the previous year, indicating impressive deal making pace by Nigerian corporates. Notably, the number of deals increased by 152% compared to 2020.

Similarly, the amount raised in 2021 ($1.25 billion) also skyrocketed by 142% as opposed to the $517 million received by startups in the previous year. It is worth noting that 11 of the 91 deals recorded in 2021, did not publicly disclose the amount they raised.

Meanwhile, according to the report, Nigerian corporates recorded deals estimated at $8.88 billion in 2021, an equivalent of N3.65 trillion across 177 transactions, representing an uptick compared to 106 deals recorded in the previous year, valued at $4.3 billion in 2020.

Nairametrics presents a breakdown of top fund rounds secured by startups operating in Nigeria in 2021, and a description of the sources of the funds.

African cross-border payments company, Chipper Cash secured $150 million in a Series C extension round following a $100 million initial round in May 2021. The second raise in November increased the company’s valuation to $2 billion.

This deal means that Chipper Cash has raised over $305 million to date. The first round of the funding was led by SVB Capital, the investment arm of U.S. high-tech commercial bank, Silicon Valley Bank. Others who participated in this round include existing investors — Deciens Capital, Ribbit Capital, Bezos Expeditions, One Way Ventures, 500 Startups, Tribe Capital, and Brue2 Ventures.

While its recent funding was led by Sam Bankman-Fried’s cryptocurrency exchange platform FTX. SVB Capital, as well as other previous investors such as Deciens Capital, Ribbit Capital, Bezos Expeditions, One Way Ventures, and Tribe Capital, reinvested in this extension round.

The funding round was led by Softbank Vision Fund 2, the venture capital arm of the Japanese conglomerate – SoftBank, with other investors including Whale Rock, Generation Investment Management, Chan Zuckerberg Initiative, and Spark Capital.

Flutterwave, an African-focused payments company announced the close of a $170 million Series C round, raising the company’s value to $1 billion. The fund-raise, which was announced in March 2021, saw the company attain unicorn status.

Nigerian fintech startup, FairMoney raised a $42 million Series B round led by US hedge fund and investment firm, Tiger Global. Existing investors that participated in the round include DST Partners, Flourish Ventures, Newfund and Speedinvest.

The recent investment follows the €10 million Series A round two years ago and €1.2 million seed in 2018.

One of these LPs is Paystack CEO, Shola Akinlade. The Nigeria Sovereign Investment Authority (NSIA); UAC Nigeria, one of Nigeria’s oldest companies; VFD Group; and international investors including Y Combinator CEO, Michael Seibel and Adam Draper are among the others.

Nigerian startups continue to demonstrate significant deal making pace, as venture capitalist and several Angel investors staking their investments in these companies, especially the tech-driven once in a bid to drive their idea home or expand the operations of the firms.

In a statement by the US Ambassador, Mary Beth at the Nigeria Tech Summit, she stated that Nigerian tech companies attracted 60% of the total money raised by tech startups in Africa in 2021, with inflow estimated at $1.7 billion.

She also noted that 3 tech unicorns; OPay, Flutterwave, and Interswitch were born and bred by Nigerian talents, opining that with the proper support, there’s enormous potential to do even more in the country.