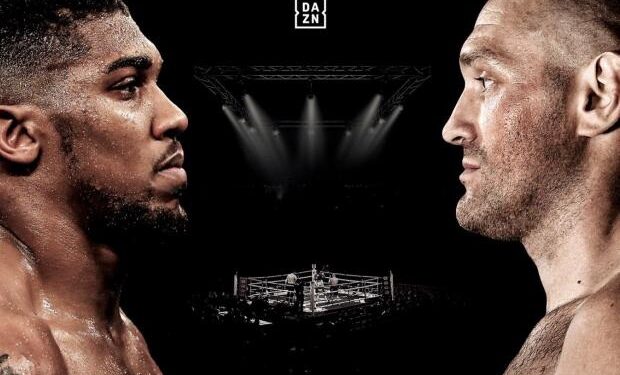 Anthony Joshua vs Tyson Fury will take place on August 14 in Saudi Arabia, if it gets finalised.

Fury’s UK co-promoter confirmed the exact date for the fight after Anthony Joshua’s rep Warren Hearn narrowed it down to two in an interview on Tuesday.

Warren said: “It definitely won’t be on August 7 because that’s when the Olympic games are on and that’s gonna be a problem for TV.

“Besides that, you’ve got a UFC PPV in the States and UK.

“I don’t think the date is the problem at all, I think everyone’s agreed that can be moved to August 14.”

Joshua is promoted by Eddie Hearn.

The undisputed clash is seemingly closing in on an official announcement with fight contracts signed and the site deal currently being finalised.

This site fee is reported to be upwards of $150million, but Warren previously insisted Fury wants that money guaranteed by a bank before signing his contract.

The promoter continued: “What we’re all trying to do is get this over the line, but the only way we’ll get it over the line is by the fighter, Tyson, getting certain assurances.

“If he gets them, he’ll put pen to paper, but as it is now, he’s waiting for the other side’s lawyers to confirm what he wants.

Hearn previously finalised a Saudi deal as AJ’s rematch with Andy Ruiz Jr took place in Diriyah at the end of 2019.

“We want the fight, everybody wants the fight, for once Eddie Hearn and I agree that we have a common aim here.

“But it hasn’t been signed, I don’t know why he’s saying it has been signed…

“There have to be assurances given and confirmation given that Tyson is happy with.

“It’s no different to if it were a footballer going to a football club, he would want certain assurances.

Fury is the favourite to beat Joshua having knocked out Deontay Wilder in his last bout.

“It will be there [in Saudi Arabia] if the contract is signed, if Tyson’s wishes are met with what he wants to be assured…

“I really do feel there’s a way forward on this, I do feel having spoken with one of the principles there that he desperately wants to do this deal.

“But as I say there’s just a couple of things that need to be addressed and I’m quite sure we’ll get them addressed and get it over the line and we can get it on.”