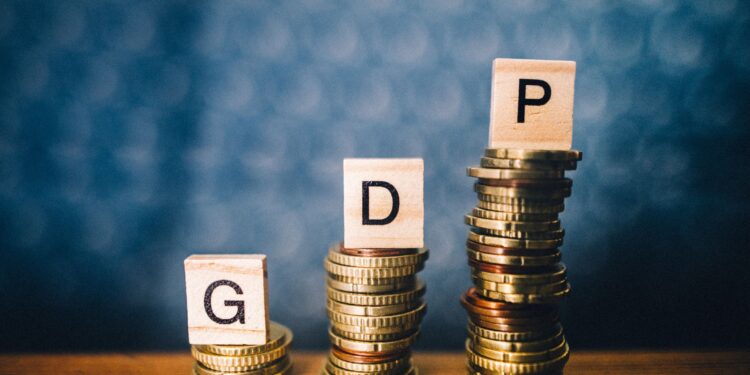 The GDP figures were released on the day the Labour Party presidential candidate, Mr Peter Obi, described the recently released 2022 NBS report on the state of poverty in the country as a justification of how badly Nigeria was being managed in terms of investing in the wellbeing of the people.

The Q3 GDP figures showed that slowdown in growth was attributed to the base effects of the recession and the challenging economic conditions which had impeded productive activities in the country.

Growth also decreased by 1.29 per cent when compared to the 3.54 per cent growth rate recorded in the preceding quarter.

This was disclosed in the Nigerian Gross Domestic Product Report (Q3 2022), which was released by the statistical agency.

The NBS, however, noted that quarter-on-quarter, real GDP grew at 9.68 per cent in Q3 2022, reflecting a higher economic activity in Q3 2022 than the preceding quarter.

In the quarter under review, aggregate GDP stood at N52.26 trillion in nominal terms, higher than the N45.11 trillion recorded in Q3 2021, and indicating a year-on-year nominal growth rate of 15.83 per cent.

The nominal GDP growth rate in Q3 2022 was higher relative to the 15.41 per cent growth recorded in Q3 quarter 2021 and higher compared to the 15.03 per cent recorded in the preceding quarter.

Real GDP was N18.96 trillion in the quarter under review.

However, the economy was dominated by the non-oil sector which contributed 94.34 per cent to the nation’s GDP in Q3 while the oil sector contributed 5.66 per cent from 6.33 per cent in the preceding quarter.

Essentially, the non-oil sector grew by 4.27 per cent in real term during the quarter in review, though lower by 1.18 per cent compared to the rate recorded same quarter of 2021 and 0.50 per cent lower than Q2 2022.

Quarter-on-Quarter, however, the oil sector recorded a growth rate of -1.80 per cent in Q3, the NBS noted.

Trade’s contribution to GDP was 15.35 per cent, higher than the 14.93 per cent it represented in the previous year, and lower than the 16.81 per cent recorded in the 2022 second quarter.

Trade’s contribution to GDP stood at 15.35 per cent, higher than the 14.93 per cent in the previous year, and lower than the 16.81 per cent recorded in the preceding quarter.

He said despite a slump in oil sector performance due chiefly to the reduction in oil production to just 1.2 million barrels per day, the economy was still able to expand by 2.25 per cent in the third quarter driven by the non-oil sector which contributed over 94 per cent to GDP.

He said another remarkable development was the improvement in the agricultural sector relative to the previous quarter in spite of the flooding and insecurity in many parts of the country which goes to show that agriculture remains one of the resilient sectors of our economy.

Uwaleke said: “It’s equally pertinent to note that, within the non-oil sector, the positive real GDP growth rate recorded in the third quarter was powered mainly from the services sector especially Financial Services, ICT, and Transportation as opposed to Industry and Agriculture where most of the jobs are.

“The manufacturing sector, for example, covering 13 activities recorded a negative real GDP growth rate. The same with electricity and gas.

“The dismal performance of the manufacturing sector reflects the disconnect between the financial services sector and the real sector. It also indicates that the monetary policy tightening stance of the CBN in July and September of 2022 and the resultant high lending rates, may have had an adverse impact on the manufacturing sector coupled with the forex crisis and high energy costs.”

According to him, “The impact of the prolonged ASUU strike equally reflected in the education sector’s real GDP which dropped compared to the corresponding period in 2021.

“These factors, including the base effect, will likely result in a lower GDP growth rate in the last quarter of this year. I think real GDP growth rate can be improved if the challenge of oil theft and pipeline vandalism is tackled against the backdrop of favourable crude oil prices.

“Also, in view of the negative impact of monetary policy tightening on economic growth, the CBN is advised to halt further hikes in the Monetary Policy Rate while using its open Market Operations and non-traditional measures including the effective implementation of the currency redesign and eNaira to control the money supply.

“This suggestion is in view of the fact that inflation drivers in Nigeria are non-monetary and policy tightening tends to hurt output growth.”

Obi: NBS Report On Poverty, Justifies How Badly Nigeria is Being Managed

Meanwhile, Obi, has described the 2022 NBS report on the state of poverty in the country as a reflection of how bad Nigeria was doing in terms of investing in the wellbeing of the people.

Obi in a series of tweets noted that roughly 133 million Nigerians are presently multi-dimensionally poor, representing about 63 per cent of Nigerians.

According to the former Anambra State Governor, although most of those affected were in the north, multidimensional poverty was widespread across the country, noting that the report provides some sobering facts.

Obi wondered in the tweet that, “What future does Nigeria have without educated and happy children? What violent, nasty, and poor future are we building with such terrible lack of investment in our children”.

He noted that, “Multidimensional Poverty Index is the best mirror of failure of governance in the country. In spite of earning trillions in oil revenue, in spite of borrowing trillion naira for infrastructure development, almost half of Nigerians is poor and close to two-third of Nigerians do not have access to basic sanitation, access to basic education, lack basic nutrition and do not visit hospitals.”

Obi described the situation as, “terrible disgrace and disservice to a country with our tremendous natural and human resource.”

He said, “the political economy of this report should be made clear to every Nigerian voter because what it simply means is that government is not working.”

“The trending of multidimensional poverty if not arrested immediately will damage state capacity and effectiveness and therefore disarray economic and social policies that will reverse the trend in the future,” he added.

Painting further the gloomy picture of the report, Obi noted, “If we combine atrocious fiscal decline with grand and pervasive corruption and the level of incompetence of public leadership to such generalised poverty, we will end up a completely collapsed state, thrown back to state of nature.”

He stated that unless the situation was arrested, “with our population estimated to reach 400 million in the next 28 years, Nigeria would become a security risk to the entire Sub-Saharan Africa.

“This report tells a story of the failure of economic policy of government. The failure of government to invest in basic social and human infrastructure and the lack of commitment to the wellbeing of ordinary Nigerians, especially those in the rural communities is heart-breaking.

“How on earth is it that 63 per cent of Nigerians do not have access to the most basic sanitation and nutrition? How come 63 percent of our citizens cannot approach a clinic or health center within two hours?

“The World Bank assessment of poverty in Nigeria in 2022 makes it clear that additional 5.1 million Nigerians became poor this year.”

He said the Labor Party offers a different approach to development that emphasises the wellbeing of the people and ensures that policies and resources are targeted at materially improving the wellbeing of everyone, not just political leaders and their cronies.

Obi said that, “It is now time to end politics as usual, time to disband the army of greedy and self-serving politicians in Abuja and elect those who are connected to the people and those who share the pains and deprivations of the working and unemployed youths, abandoned women and deprived children across Nigeria.”

He promised to disrupt, “this trajectory of failure and wickedness in high places across Nigeria and give Nigerians back their country so that every child will have access to good school, good drinking water, good sanitation, good healthcare, and their parents good jobs and the joy of being a citizen of a country that is lifting millions from poverty into shared prosperity.

“If China lifted 750 million from poverty in about 20 years and if India reduced poverty from 50 percent to 20 percent in about 15 years, we could do even better. We can wipe off multidimensional poverty in less than a decade. Let’s do it together, let us end the corruption and incompetence with our votes.”