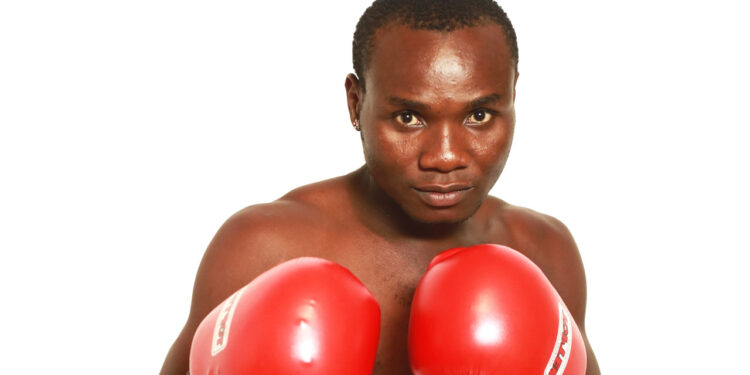 The fight took place at the Old Skool Arena with the Nigerian winning in round three through a knockout.

Joseph, a native of Akwa Ibom State, had ruled the African Boxing Union (ABU) lightweight category for many years. Sunday’s fight in Accra was his first attempt at the CBC title since he was stripped of his ABU lightweight title in controversial circumstances last year.

The pugilist, now 18-0 (9 KOs), was scheduled to defend his ABU title on October 12, 2019, against Rilwan ‘Real One’ Oladosu, but the bout tagged ‘Fight of the Decade,’ could not hold following a shoulder injury, which he sustained while training with his sparring partner. He did not recover on time to fight on the rescheduled date of December 28, 2019, and was stripped of the title.

Not ready to allow frustration ruin his profession, Joe Boy decided to take his career to Ghana, alleging that some Nigerians wanted to favour his opponent, Oladosu, at all cost.

However, a brave Joe Boy forced some bitter pills down the throat of Anna Doste on Sunday night with a round three knockout to the surprise of many Ghanaians, who backed their fellow citizen.

Joe Boy said: “Yes, I did it. I cut him off in round three. I am the champion. I have been telling Nigerians that I am the best boxer in the land but not many people believed me. May God bless those who believed in me. I thank Nigerian journalists for the encouragement.”

Joe Boy had assured his Nigerian fans of beating the Ghanaian opponent in front of his home supporters, saying that he had trained hard enough waiting for this opportunity to come.