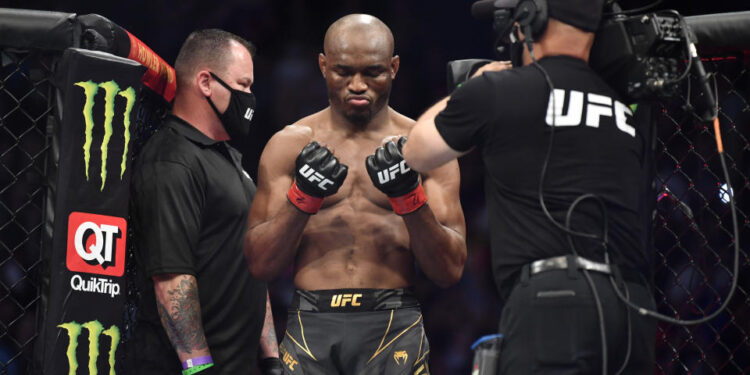 In less than two minutes into the second round, Kamaru Usman sent Jorge Masvidal into an early slumber with a heavy knockout punch, solidifying his legacy as the best pound-for-pound fighter in the world.

Following their first fight at UFC 251 last July which ended in a unanimous win for Usman, Masvidal claimed his loss was down to taking the fight on short notice after stepping in as a late replacement for Gilbert Burns.

Burns was Usman’s original opponent but was pulled from the card after testing positive for COVID-19.

It was for this ‘built-in excuse’ that Usman decided to run it back with aim of putting an exclamation mark on their rivalry and he couldn’t be more emphatic.

After a thrilling back-and-forth battle through round one, Usman ended the fight by dropping Masvidal with a crushing right hand and followed up on the ground for a knockout victory in front of 15,269 partisan fans at VyStar Veterans Memorial Arena in Jacksonville, Florida.

It was his fourth straight title defence and his fourteenth straight win which is the second-longest winning streak in UFC history, just two behind Anderson Silva and don’t bet against him breaking the Brazilian’s record very soon.

With his latest show-stopping performance, the 33-year-old has cemented his place as the best fighter in the World.