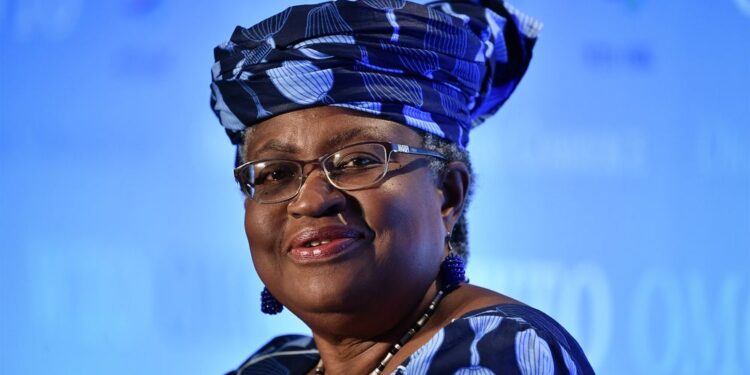 Okonjo-Iweala was confirmed DG of the trade body in a statement by the WTO on Monday.

Okonjo-Iweala makes history as the first woman and the first African to lead the WTO. Her term starts on the 1st of March 2021.

As the Director-General of WTO, a position that wields limited formal power, Okonjo-Iweala, 66, will need to broker international trade talks in the face of persistent U.S.-China conflict, respond to pressure to reform trade rules and counter protectionism exacerbated by the Covid-19 pandemic.

Former WTO chief, Pascal Lamy, in a chat with Reuters, said, “She brings stature, she brings experience, a network and temperament of trying to get things done, which is quite a welcome lot in my view. I think she’s a good choice. Key to her success will be her ability to operate in the centre of a U.S.-EU-China triangle.’’

Okonjo-Iweala has said her priorities include getting long-blocked trade talks on fishery subsidies across the finish line and breathing life back into WTO’s Appellate Body.

The Trump administration’s main criticism of her was that she lacked direct trade experience compared to her main South Korean rival and even supporters say she will have to quickly get up to speed on the technicalities of trade negotiations.

While rejecting this claim, Okonjo-Iweala said she has plenty of experience in trade plus other expertise, insisting that what is needed to lead the WTO is not technical skills but boldness and courage.

“The qualities I have are even better,” she said.

Former Deputy Governor of Nigeria’s Central Bank, Kingsley Moghalu, worked with her when she was the country’s first female finance minister said she is persistent and stubborn.

Okonjo-Iweala who is a special envoy for the World Health Organization on COVID-19 and, until recently chair of the board of global vaccine alliance Gavi, told Reuters that trade’s contribution to public health would be a priority.

The WTO currently faces a deadlock over the issue of waiving intellectual property rights for Covid-19 drugs, with many wealthy countries opposed.

She argued during the race that she was best placed out of the 8 candidates for the post to help WTO navigate through the crisis, insisting that she is a reform candidate.

Even before the outbreak of the Covid-19 pandemic with its devastation of the global economy, the WTO was weighed down by stalled trade talks and struggled to curb trade tensions between the United States and China.

The United States government had last week announced its endorsement of Mrs. Okonjo-Iweala for the top job.

Ms. Yoo made the decision after discussions with the U.S. and other major nations, a statement from Korea’s trade ministry said on Friday.

She also took various issues into account “comprehensively” including the need to revitalise the multilateral organization, reports said Friday.

Last October, the World Trade Organisation selected Mrs. Okonjo-Iweala and Ms. Yoo to advance to the final round in the race to lead the Geneva-based trade body.

Okonjo-Iweala was Nigeria’s finance minister during the tenures of former presidents Olusegun Obasanjo and Goodluck Jonathan. She has experience working at international governance bodies as a former managing director of the World Bank and as a chairman at the Global Alliance for Vaccines and Immunization.