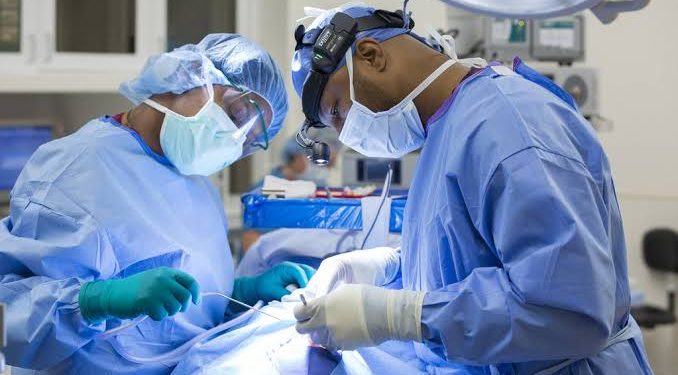 The Nigerian Medical Association (NMA) says it will sponsor an anti-quackery bill to the Lagos State House of Assembly to give legal backing to its fight against quackery in the profession.

Adetunji Adenekan, NMA Lagos Chairman, made this known in an interview on Saturday in Lagos.

Quackery involves having illegal persons or unlicenced individuals practising in the medical profession.

According to Mr Adenekan, quackery poses a threat to the realisation of quality health care delivery in the state.

He said that failure to prosecute quacks in the medical profession encouraged the dangerous practice throughout the country.

Most patients go to hospitals to seek medical care without knowing if the doctors in attendance are qualified to cater for their needs.

“Many Nigerians have fallen victims to these quacks which have either led to their deaths or worse medical conditions.

“Having an anti-quackery law would help prosecute the perpetrators under the appropriate law instead of impersonation or other flimsy charges that hasn’t done much as a deterrent,” he said.

He said the association would hold an anti-quackery summit in the first quarter of 2022 with relevant stakeholders to develop a strategic document that would be used to drive quality healthcare and development in the state’s health sector.

The NMA chairman said that the control of quackery required public education, effective monitoring and regulation, noting that the association would sensitise the public on the dangers of patronising quacks.

“As an association, we advise that when a patient decides to seek medical care at a health facility, the patient should demand to see the credentials of the medical personnel on duty.

“Or better still look at the wall of the hospital to see if any licences are being displayed.

“If they have any suspicion, such should be reported to the nearest Medical and Dental Council of Nigeria (MDCN) office or the NMA office, and appropriate investigations will be carried out,” he said.

“Vedic Lifecare Hospital is a good health facility and I don’t understand the reason why they would engage in a practice that would affect them,” he said.

Mr Adenekan said the shut down of the facility by Health Facility Monitoring and Accreditation Agency (HEFAMAA) suited the NMA’s plan to rid the state of quackery in the medical profession.

It can be recalled that the state, through its HEFAMAA, had shut down Vedic Lifecare Hospital for “employing unlicensed expatriates”.

The agency said that it received information that some facilities were engaging foreign-based transient medical doctors (FBTMD).

It said that the foreign doctors would come into the state, stay for a period of time to provide medical care to patients and perform medical procedures before returning to their respective countries.

The health agency said that the government was concerned about the credentials and experience of such foreign health workers.

It warned hospitals to desist from using foreigners whose certificates and licences had not been verified by the MDCN toward safeguarding the health of the populace.