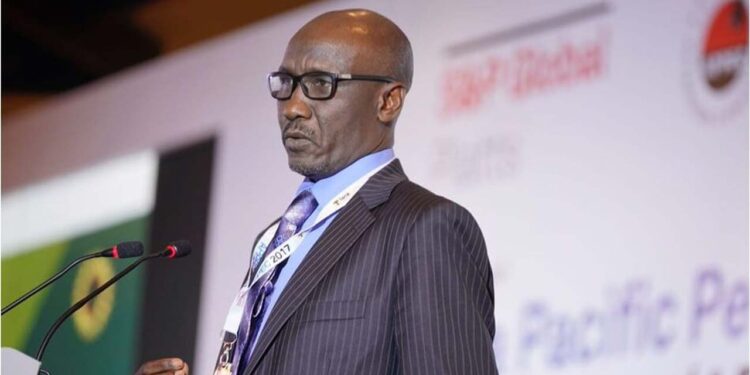 The Nigerian National Petroleum Corporation (NNPC) has said that the supply crisis rocking the global natural gas market, with resultant rising prices, could push up oil prices by as much as $10 a barrel over the next 3 to 6 months.

The price of gas has recorded multiple increases recently, surging by over 250% since the start of the year, including a 70% increase. The gas crisis which can be attributed to supply challenges has disrupted food supplies in parts of Europe, putting several energy suppliers out of business, and has seen the price of Liquefied Petroleum Gas (LPG), or cooking gas, increase by over 100% in the last few months.

This was made known by the Group Managing Director of NNPC, Mele Kyari, on Wednesday, while speaking in a monitored conversation on Bloomberg Television, stating the current distortion in the market could lead to an increase in oil prices by at least $10 within the next 3 to 6 months.

This, however, is in contrast with the views of oil marketers, who have also attributed the increase to the introduction of a 7.5% Value Added Tax (VAT) and rising dollar value to the naira.

Although Nigeria is a top gas producer with a 206 trillion cubic feet (TCF) proven reserve, more than 60% of the country’s domestic gas needs are sourced internationally, while the rest are locally sourced.

Kyari pointed out that the global gas crisis which has led to an increase in gas prices will make energy consumers seek fuel alternatives to natural gas in the nearest future which might see demand for oil rising by as much as 1 million barrels per day with attendant effect on crude oil prices.

The NNPC boss said, “It will absolutely hit crude prices as energy consumers are forced to shift from gas to other fuels. You wouldn’t be very wrong if you said you would see an additional $10 on a barrel maybe three months, maximum six months.’’

He said the world is presently in a potential crisis because last year, a number of things were not done right, including under-investment in the gas sector.

Kyari said, “The implication of that is that we’re going to see the effect coming up in a year or two maximum. And that will also affect the gas supply all over the globe and, particularly, in Europe.

He also said that there was still clearly a supply gap, stressing that in the country, supply to the Nigeria LNG plant has been affected by several challenges in recent times.

He stressed, “There are a number of things going on now to improve on the gas supply. We surely have issues around gas supply to the LNG plant, in particular, and even into the domestic market and the net effect is that you will see some slippages in cargos in 2022 and even in 2021.

“And the implication of that is that you have to do something pretty quickly and we have lost time, we have lost investment and for us, what must happen is a very quick return to a pre-Covid-19 level investment and that, of course, is being adjusted and I know that this is a key challenge for the industry.”

Kyari noted that prices of gas may get out of control in several areas since in many jurisdictions, including Nigeria, gas production is tied to oil production and much of the production is associated adding that NNPC was going through a transformation that would see it invest more in renewable energy sources, going forward.

He stated, “We are undergoing a transformation and what this means is that we’re going to lead a company that will become the biggest company in Africa, not just the company that will lead the transition into renewables as we go forward to zero carbon situation.

“And what we have to do is to focus on gas development, as everybody else is doing, and also focus on the reality, which is that you need to go electric and to do this, you need a number of things done as quickly as possible to make this company completely commercial and completely profitable.”

Recall that earlier in September, oil marketers under the aegis of Major Oil Marketers Association of Nigeria (MOMAN) had protested the Federal Government’s reintroduction of VAT on cooking gas asking the federal government to rescind its decision by removing the 7.5% VAT on the product.

They warned that the fee will hamper the adoption of gas in the country and create a barrier to the objectives of the ‘Decade of Gas’ agenda of the government.