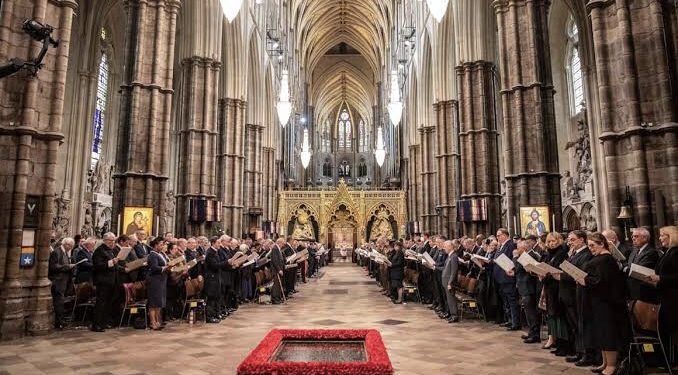 Foreign heads of state and their spouses heading to London for the state funeral for Queen Elizabeth II have been asked to arrive in the U.K. on commercial flights and banned from using helicopters to get around.

World leaders have also been told they cannot use their own state cars to attend the funeral at Westminster Abbey on September 19 — and will instead be bussed in en masse from a site in west London.

“Can you imagine Joe Biden on the bus?” one foreign ambassador based in London complained via WhatsApp message early Sunday.

Official documents obtained by POLITICO also confirm that only the heads of state and their spouses or partners from each country have been invited to attend the funeral, which is shaping up to be one of the most significant international events hosted by the U.K. in recent times.

Westminster Abbey will be so packed for the event that it will be impossible for more than a single, senior representative per country and their other half to attend, the Foreign, Commonwealth and Development Office (FCDO) lamented in the official protocol message regarding the event.

In the document, sent to overseas embassies late Saturday night, the department said it “regrets that, because of limited space at the state funeral service and associated events, no other members of the principal guest’s family, staff or entourage may be admitted.”

Heads of state unable to attend may choose someone else as their official representative, such as a head of government or senior minister.

According to the same document, King Charles III will host a reception for all the overseas leaders at Buckingham Palace on the evening before the funeral service.

On the day of the funeral, the heads of state and their partners will arrive at Westminster Abbey in escorted coaches from a location in west London, where “because of tight security and road restrictions” they will be required to leave their own cars.

“Multiple and comprehensive layers of security will be in place across London and at all the official venues used for the state funeral and associated events,” a second FCDO document detailing the logistical arrangements for those traveling from overseas states.

In line with the rules of the government’s mourning period, and “because of the extensive ceremonial programme related to the state funeral and the logistical challenges, requests for bilaterals will not be considered on this occasion,” the FCDO warned in the note.

After the funeral service, foreign leaders will be escorted on foot to Dean’s Yard, still within the grounds of the abbey, to attend a reception hosted by Foreign Secretary James Cleverly, after which they will return by coach to west London to collect their cars.

“Where possible,” the FCDO advised, foreign leaders should arrive in the U.K. on commercial flights, warning that London Heathrow airport will not be available for private flight arrangements or aircraft parking. Those leaders insisting on traveling by private jet should head for “less busy airports” around London, the FCDO added.

The use of helicopter transfers between airports and venues has been banned “due to the number of flights operating at this time,” the department said.

And in a message all-too-familiar to weary passengers using U.K. airports this year, the FCDO also warned that “unforeseen events may require commercial and private flights to divert from the intended airport of arrival.”