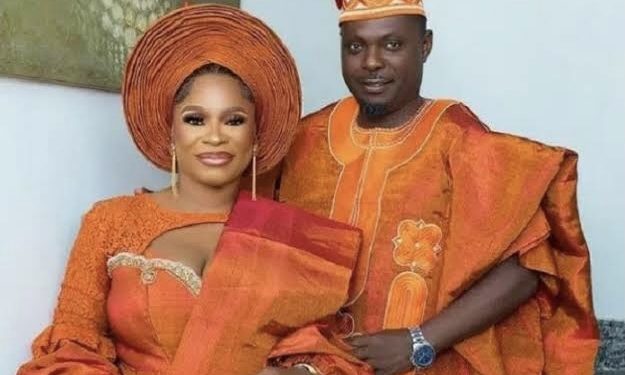 Desola made the announcement in a  message on her Instagram page on Tuesday.

She wrote, “The good news you wanna hear. I left Kunle Afod.”

Desola had celebrated Kunle on his birthday on Monday where she prayed for him.

She had referred to him as father of their four children.

Celebrating the actor, she wrote, “Happy Birthday Daddy Omiayo, Desire, Imodola, Yiyenitemi. May God bless you on your birthday and always.”

But checks showed that she had earlier unfollowed him on Instagram.

In 2018, Desola had caused a major commotion on social media when she cried out that actresses would not allow her and the children enjoy her husband.

Sharing on social media, the mother of four boys wrote, “For all the actresses and upcoming actresses that have f**ked with Baba Omiayo, I dare you all to be in the same location with him. Then you will see the relaxed Desola. Just because I have been quiet.”

The actor had kept mum on his wife’s allegations, assuring that his marriage was fine.

Desola and Kunle have four sons together.

The actor, however, had earlier welcomed a daughter with an ex-lover before his marriage to Desola.