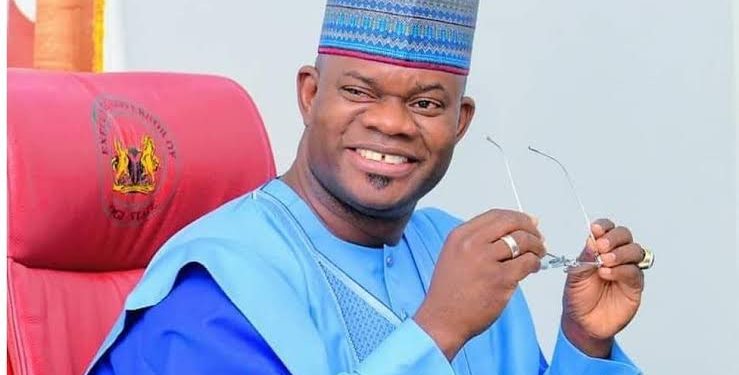 North Central stakeholders have proposed a 39:35:26% revenue sharing formula for the three tiers of government in the country.

This was revealed at the Public hearing of the current Revenue Allocation Formula (RAF) for the North Central Zone), organised by the Revenue Mobilization Allocation and Fiscal Commission (RMAFC), at Government House, Lokoja, according to NAN.

The Kogi State Governor, Yahaya Bello, said the reviewed formula would promote national unity and boost economic development in all levels of government.

Bello said, “We can no longer deny that a comprehensive review of RAF currently in use in Nigeria has become overdue.

“The nine oil producing states receive an additional 13 per cent as derivation revenue which is distributed among them depending on the actual contribution of each to crude oil receipts.

“Existential realities between the three tiers of government today necessitate a more equitable sharing plan for all revenues accruing into the federation account,” he added.

He urged the committee to review the allocation model in the interest of all Nigerians.

Meanwhile, it was gathered that the representative of Plateau state proposed a 40, 35 and 25 per cent formula, while Nasarawa state advocated 44, 35 and 21 for the three tiers of government, respectively.

Mr Yahaya Ibrahim, the National Chairman, Persons Living With Disabilities (PLWDs), proposed 39, 29 and 32 per cent for the three tiers of government, respectively.

The Chairman of RMAFC, Engr. Elias Mbam, stated that the commission had been empowered by the Constitution to review, from time to time, the RAF and principles in operation to ensure conformity with changing realities, citing Paragraph 32 (b), Part 1 of the Third Schedule to the 1999 Constitution of the Federal Republic of Nigeria (As Amended).

“It is our belief that your contributions will certainty enrich the process and ensure that the new revenue allocation formula reflects the wishes and aspirations of Nigerians,” Mbam said.

Recall that earlier this month that the Lagos State Governor, Babajide Sanwo-Olu, had called for a 42% revenue share model to states from the Federation Account, during a two-day South-West Zonal public hearing on the Review of Allocation formula by the Revenue Mobilization Allocation and Fiscal Commission (RMAFC).