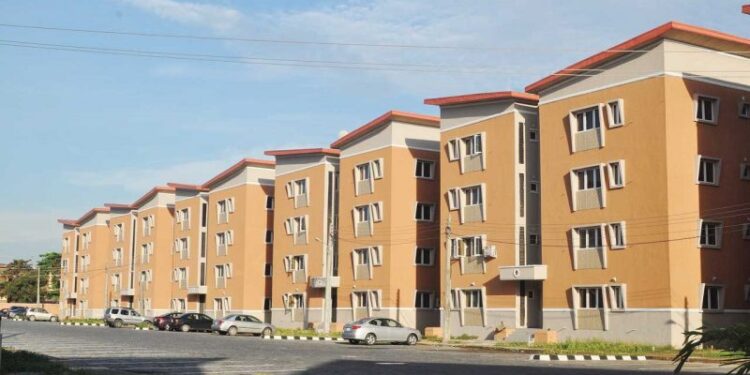 One of the members aspiring for the post of NUJ Chairman, Mr. Adeleye Ajayi said this at the kick-off of the Chairmanship campaign of the NUJ Lagos state council election on Wednesday at Ikeja, where he accused some cabals of defrauding innocent NUJ members.

“The project has become a perennial object of political campaign. Mowe/Ofada land as a whole has been turned to an ‘ATM’ by some people who are milking innocent and unsuspecting NUJ members to pay for perimeter fencing, clearance of land, topography fees among others,” he claimed.

He, however, pledged to adopt political solution to ensure members regain their money.

His manifesto, “If I win this election by God’s Grace and with the support of the teeming members of the union, I will adopt a political solution to ensure the union refunds every subscriber of the Pen Jewel Estate project.”

Ajayi, however, argued that he feels the pain as a subscriber as the Maritime Reporters’ Association of Nigeria (MARAN) which he presided over between 2009 and 2011 bought 50 plots of the land.”

His pledges:
I promise to be transparent and maintain proper records of accounts as well as regular audit of the accounts. I will not condone the siphoning of the union’s funds no matter the exigency. There shall be SEC/EXCO’s approval before spending.

Pending Projects
Pending projects like the abandoned Guest House at Shomolu and the Secretariat being remodeled will be completed within a short time.

Partnership
The union will partner with commercial banks and other finance companies on mortgage, car instalment purchase, electronics and other loans for members.

WELFARE
There will be visits to media houses to know about members’ welfare, solve problem of unpaid check off dues and dialogue with media owners over unpaid salaries. Salaries must be paid as and when due.

Some media organisations keep the pension deductions of journalist to themselves and no longer remit such funds to the appropriate quarters. For journalists to have a comfortable and a healthy life, especially after retirement, he or she must be paid the pension entitlements.

INSURANCE
There should be Life Insurance, Health Insurance as well as an Insurance portfolio that can take care of any journalist that lost his or her job at least for a minimum period of six months.

ICT
The ICT Centre at the Secretariat must be upgraded to save our members the stress of rushing back to the newsroom to file their stories.

SAFETY
In view of our role as the watchdog of the society, there is need to ensure the safety of our members, considering the numerous hazards encountered in the course of the job.

ENTREPRENEURSHIP
Our members, both male and female will benefit from trainings like soap-making, beads, shoes, fashion, make-up etc. The union will partner with the Bank of Industry and Small and Medium Enterprises (SMEs) for members to acquire entrepreneurial skills.

EDUCATION
If elected, I will facilitate training at both State and Chapel levels in order to keep members abreast of modern media practices with the evolution of technologies in the media industry.
Capacity development will be captured in the Council’s budget.

COURTESY VISITS
This will afford the union the opportunity to express its needs to our friends and use funds generated through such visits for union’s projects.

AWARDS
This will equally generate funds for the union annually.

SOCIALS
The council will acquire land in a strategic location in Lagos for Car Wash/Car Park with Bar/Band at weekends.

TRANSPORT
The union will explore the possibility of inter and intra state transport business.

MEET THE PRESS
We can always use such a forum to build more relationships and request for assistance.

REPOSITIONING
The image and integrity of the union must be repositioned and kept intact.

ORIENTATION
This is essential to be organised by the council for new entrants in the profession.

ETHICS
Members should be able to abide by the ethics of the profession in line with international standards.