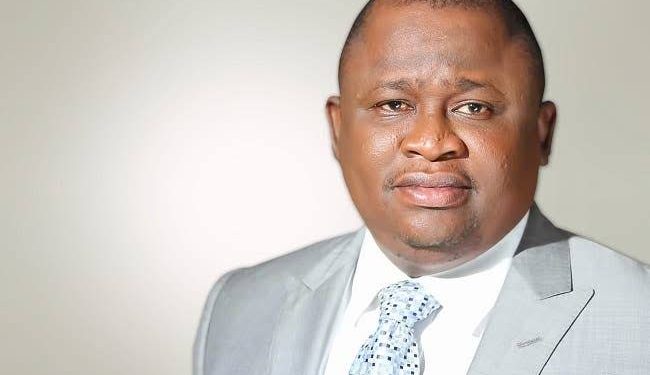 Plans by the Olu of Ilaro and Paramount Ruler of Yewaland, Oba Kehinde Olugbenle, to install the Lagos West Senator, Olamilekan Adeola, as the Aremo Oba of Yewaland has been generating cold war among indigenes of Ogun State.

The Ogun indigenes rejected the planned installation on the grounds that Sen. Adeola was not qualified to be named Aremo Oba Yewa, which means the Prince of Yewa Obas.

Before now, Adeola had made various attempts to become a Senator of Ogun West and the governor of the Gateway State, but the bids have continued to hit brick walls as many were not convinced that the Senator hails from Ogun West as being claimed.

However, the Olu of Ilaro is bent on conferring a title on Adeola; a step many described as an attempt to prepare him for the 2023 senatorial election.

But, the stakeholders, during a press conference in Abeokuta, the state capital, stated that it would be a taboo for the monarch to confer such title on a non-indigene, adding that only a prince could be named Aremo Oba of Yewaland.

The indigenes, under the auspices of the Ogun West Liberation Forum, spoke through their Vice Chairman, Wale Akinwande, who argued that Oba Olugbenle has no singular authority in choosing who to be installed as the Aremo Oba of Yewaland without the consent of other first-class Obas in Yewaland.

“It is important to stress the need for the urgent intervention of all stakeholders in Yewaland and beyond (government officials) in the impending tussle over the Chieftaincy title of “Aremo Oba Yewaland” in order to guarantee an enduring peace devoid of chaos and acrimonies in Yewaland.

“Yewaland is a conglomerate of autonomous communities, most of which migrated from Oyo and Ile –Ife. While communities like Joga–Orile, Igan Okoto, Iboro, Ibese, Ilaro e.t.c., predominantly in Yewa South and North are from Oyo, the Yewa communities of Awori and Ketu stocks are from Ife.

“This presupposes that there is no single monarch in Yewaland whose domain covers the entire Yewaland. Each Tradition Ruler operates and adjudicates within the areas that are traditionally associated with his township. This limitation is without any exception, as it applies to all Traditional Rulers in Yewaland, including the paramount ruler whose domain covers Ilaro and settlements traditionally associated with Ilaro Kingdom.

“The implication of this limitation is that no Traditional Ruler in Yewaland has the exclusive power to confer any Chieftaincy covering the entire Yewaland without the concurrence of the Yewa Traditional Council,” Akinwande stated.

The indigenes, who contested the claim of the Senator of being an indigene of Yewa, maintained that no one had identified with him as his family since he built a house in Joga Orile.

“Senator Olamilekan Adeola Yayi, who is presently representing Lagos West in the senate has been serving as Lagos legislator for over two decades. Having served in Lagos with a driving distance of less than one and half hour, missed the road to his acclaimed village or place of ancestral seat. He has at one time claimed Isaga-Orile in Abeokuta North Local Government Area as his place of origin, but later built a house in Joga Orile, while he has also laid claim to Pahayi in Ilaro as his ancestral home at another time. In all these places, none of his relatives or kinsmen has so far been identified.

“With all honesty and without being biased, the background check carried out on Senator Olamilekan Adeola ‘Yayi’ has given a conflicting revelation with respect to his precise origin or source in Yewaland.

“This has been a source of concern to the relevant stakeholders of Yewaland who are of considered view that the highly coveted traditional Chieftaincy title of Aremo Oba of Yewaland is supposed to be conferred on an indigene of Yewaland whose background/lineage is known and can be confirmed with proofs that cannot be controverted. It’s insultive to the entire Yewaland that someone who have been in a neighbouring state less than one and half hour drive would have missed his way to his village.

“Apart from the contention over the background of Senator Olamilekan Adeola Yayi, the demise of a few number of first-class Obas such as Aboro of Ibese, Onisare of Ijanna, Onigun of Odan Abuja and Onijoun of Ijoun e.t.c. have created vacancies within the Traditional Council that have not been filled. Unfortunately, majority of the vacant stools are very highly rated Obaship stools which formed the fulcrum of the Yewa traditional council and are supposed to be part of the decision making with regards to who should be installed as the Aremo Oba of Yewaland.

“It will be highly unfortunate if Yewa Traditional Council went ahead to appoint the title holder of Aremo Oba of Yewaland in the absence of first class Oba like Aboro of Ibese and the others whose stools are currently vacant. It is imperative to note that the operations of the Aremo Oba of Yewaland are binding on the entire Yewaland and as such all notable Obas should be part of the selection process of the holder of the Aremo Oba Chieftaincy title,” Akinwande submitted.

Reacting, Sen. Adeola’s media aide, Kayode Odunaro, said the Obas in Yewaland were on the same page as far as the installation was concerned, saying “it’s a done deal.

“The Chieftaincy tittle has been awarded by the traditional council ably led by their President, the Olu of Ilaro and Paramount Ruler of Yewaland and the senator has equally accepted it.

“All these things they are doing, they are just flogging a dead horse. Nothing can come out of it. It is a done deal!” Odunaro boasted.