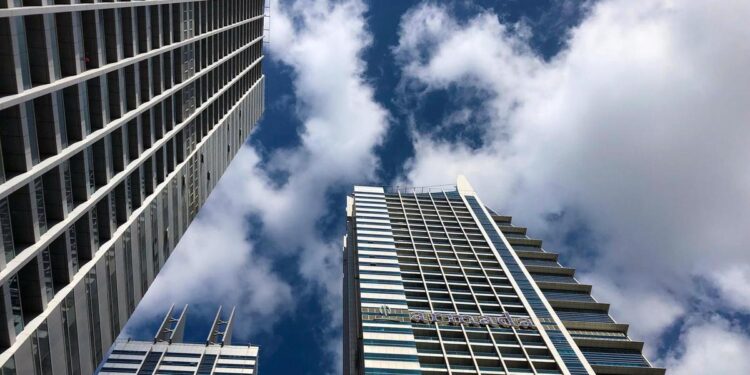 The new Oniru of Iruland, a community in the Victoria Island area of Lagos, Oba Omogbolahan Lawal, has charged landlords in the area to verify their title documents and estate consultants to the royal family.

In a statement signed, Monday, the Monarch, backed by the tripartite ruling houses of Akiogun, Abisogun and Ogunyemi said that they decided to embark on the verification exercise because most of the properties in Oniru were sold by third parties and there was a need to do some rebranding and new development in the area.

This is coming on the heels of an advertorial by some Oniru residents who accused the new monarch of deploying thugs in the area to forcefully take over some parcels of land belonging to private individuals.

“It is not true that since the selection, installation and receipt of the Staff of Office from the Governor of Lagos State, Mr. Babajide Sanwo-Olu by Oba Abdul-Wasiu Omogbolahan Lawal on behalf of the Oniru royal family as the Oniru of Iruland, there has been an invasion of Iruland by thugs and hooligans to forcefully take over lands belonging to private persons.

“Rather, we are aware that a transition process of change of management of Oniru royal family land and properties has demanded certain land and property owners to submit their title documents to the family and kabiyesi’s solicitors and estate consultants for verification. These persons concerned have visited our solicitors and have been received warmly,” the Royal family said.

The monarch also said that he has contracted one of the biggest auditing firms in the country to audit all old and new transactions to ensure transparency and accountability.

According to the him, this would be done in accordance with the extant laws in the state.

The statement further read, “We reiterate that contrary to the false publication, we have observed that most of our properties were sold by third parties and there is a need to do some re-branding and development of Iruland.

“Thus, kabiyesi, through a goodwill message to the good people of Iruland has directed that all ground rents, land charges and development levies should be suspended till further notice and a new procedure for payment in due course amongst other concessions he is considering in view of the economic uncertainties.”

The royal family asked all legitimate property owners to be assured that their “properly acquired proprietary rights will be protected.”

The royal family said the new monarch, who is a retired police officer, is a law abiding citizen and would never use thugs to harass residents.

The family stated that it was even the monarch that was the victim as his palace was attacked on July 5, 2020 by some thugs.
It can be recalled that last week that there was a feud between the children of the immediate past Oniru, Oba Idowu Abiodun, and the new monarch.

Also, last month the new monarch asked all banks housing funds belonging to the family to issue a ‘Post No Debit’ order on all the accounts of the family.

He also called on all tenants to stop transacting with any individual.

Oba Lawal said the British International School, Oniru, Lekki Lagos is owned by the Oniru family and asked the bankers of the school to comply strictly with this directive.

Properties worth billions of naira in Oniru including houses, schools and hotels are owned by the Oniru family and rent is paid directly to the children of the late Oniru who died in September last year.

The attempt of the new monarch to change the order of things and take ownership has caused discord within the royal family.