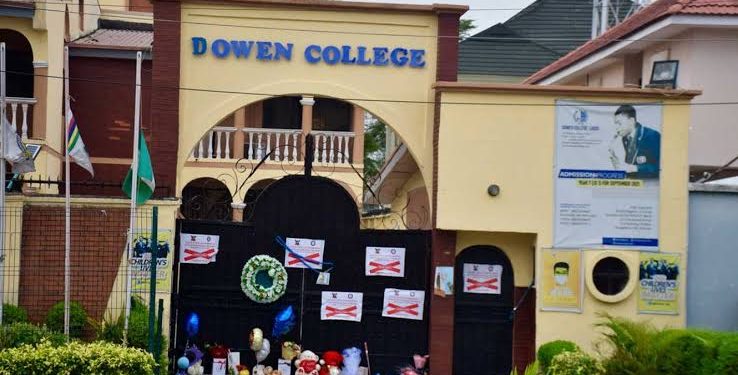 The Lagos State Government is yet to decide on the reopening of Dowen College, Lekki, which was shut down following the death of Sylvester Oromoni, 12, allegedly as a result of being manhandled by some fellow students.

The social media was agog on Thursday night following a statement credited to the Ministry of Education that the state government had decided to reopen the school on some conditions.

However, a statement by the Assistant Director, Public Affairs, Ministry of Education, Mr Ganiu Lawal, said the media should wait for the final position of the government on the matter.

The statement, posted on the social media platform of the ministry through which it interacts with its media partners read, “Dear Colleagues, Following the press release just issued by the Ministry. We kindly request that you disregard and step down as a new development will be issued soon. Any inconvenience regretted.”

Recall that the government shut down the school last December as a result of the outcry that greeted the death of the boy.

However, only on Wednesday, the Directorate of Public Prosecutions, DPP, Lagos State, issued a report absolving five students and management of the college of any involvement in the death of Sylvester.

The family of the deceased, through the father, Sylvester Oromoni, Snr, swiftly rejected the report and called on President Muhammadu Buhari and others to ensure justice is done.