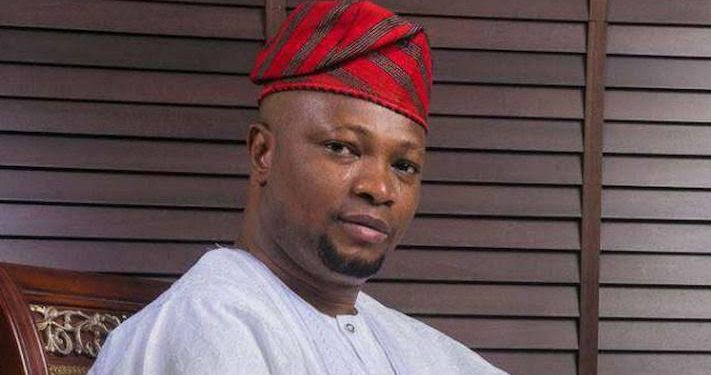 The Peoples’ Democratic Party (PDP) has vowed to upstage the governing All Progressives Congress (APC) and take over Lagos State during next year’s general elections.

The main opposition made the vow in Lagos recently when the convener of Lagos4Lagos Movement, Abdul-Azeez Olajide Adediran, popularly known as Jandor was formally received into the party. The reception, which was held at Tafawa Balewa Square (TBS), Lagos was a funfair and a parade of bigwigs in the party.

At the event, Jandor’s quest to take a shot at next year’s governorship election on the platform of the opposition party received a boost, as he was endorsed by party bigwigs for the PDP ticket.

Speaking at the venue, Jandor said that the time has come for the PDP to take over the Alausa Round House, the Lagos seat of power, from the ruling All Progressives Congress (APC), to move the state forward. Jandor who defected to the opposition party from the APC affirmed that his new party is set to take Lagos to a great height.

He appreciated the dignitaries present, particularly Oyo State Governor Seyi Makinde who he described as the spring of his inspiration.

He said: “I appreciate the distinguished fathers who have come to honour us today. A lot of people said I can’t get it done in an opposing camp and I said I have somebody who ran for an election without having a government at the centre and government in the state, and he defeated both governments as a result of his popularity

“That governor came from nowhere just like me and today he is doing an exploit in the Southwest geo-political zone of the country. I draw my inspiration from him. I share his vision, and I believe we are going to produce the next governor in 2023.”

Abia State Governor Okezie Ikpeazu said the PDP has come together to endorse Jandor as a bridge-builder. He implored members of the PDP to give him all the necessary support for him to thrive in the party.

He said: “I want to specially recognise our National Chairman Dr. Iyorchia Ayu. Our presence in this meeting today is to prove that the PDP is the only democratic party in Nigeria and if he (Jandor) claims to be one of us, it means he must be one of us in truth and spirit. We believe Jandor is the bridge that will lead us from a problematic government to an active government and I ask that the members back him up, so we can make Lagos and Nigeria better.”

The Chairman, Lagos PDP Caretaker Committee, Julius Akinsola said the party is very honoured to have a man like Jandor in its fold. He said the PDP is a party that believes in the rule of law, and that all incoming members are welcome and advised to cooperate with other members.

Similarly, Rivers State Governor Ezenwo Nyesom Wike said the celebration has made the PDP a family to all. The Rivers State governor said Jandor is a positive addition to the PDP and that the more of such additions the merrier. He affirmed that people will be amazed at the favourable transformation that will hit Lagos during his tenure.

Chairman, Water Corporation of Oyo State, Dr. Adebayo Adepoju said Nigeria can be better if unity is applied. He said: “We are heading towards a period where we know Nigeria can be better. Look at what happened during the ‘#EndSARS’. I applaud Governor Seyi Makinde over how he handled the issue in Oyo State and I believe it is all about having the right leaders. I don’t believe it is the end for Nigeria; I believe Nigeria will get better with the right administration.”