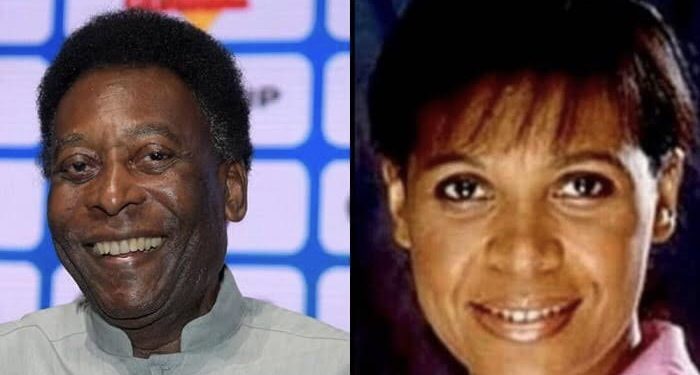 Pele named secret daughter in his £13million will after spending her entire life denying he was her father – and 17 years after she died.

Football legend Pele recognised his ‘secret’ daughter in his will after denying she was his for his entire life, it has been revealed.

The Brazilian soccer icon had previously refused to acknowledge he was the father of Sandra Regina, leaving her heartbroken when she died 17 years ago.

Despite this, the 82-year-old requested to meet with her two sons, speaking to them in the flesh for the first time on December 28, just one day before he died.

It has now emerged that he gave a share of his multi-million pound estate to the pair, after finally naming Sandra as one of his seven children in his will.

It brought to a close a family drama that plagued the three-time World Cup winner for decades, with her children Octavio Felinto Neto and Gabriel Arantes do Nascimento saying their mother’s dream had come true.

The Mirror reports Gabriel as saying: ‘I spoke to my aunts, and they said that our grandfather wanted to see us.

‘We were very excited, it was an opportunity we had been waiting for. Every family has fights and rows, ours is no different, but there are moments when union and love are more important than anything else. We are extremely happy.’

Sandra, who died in 2006 of cancer, was born after Pele had an affair with his cleaner, Anisia Machado.

Ms Machado fought for years to get him to admit he was the father, but he refused to do so, even after a DNA test proved he was.

Sandra was given the right to use Pele’s surname, Nascimento, in 1996 after a five-year legal battle.

When Pele died last month after a long battle with cancer he passed on an estate thought to be worth around £13million.

The global icon had three children from his first marriage, twins from his second and two children, including Sandra, from affairs.