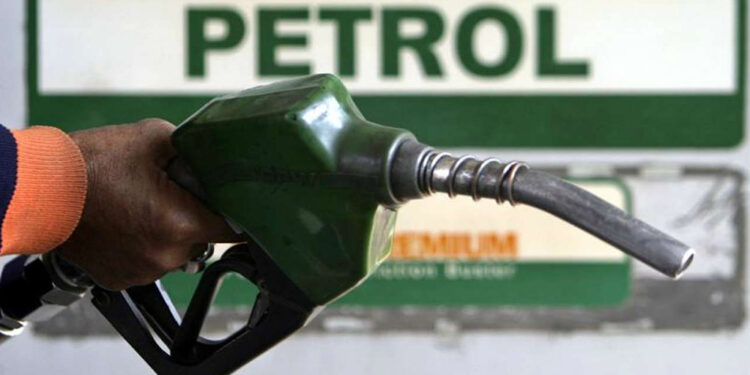 The landing cost of Premium Motor Spirit (petrol) imported into the country has increased to a new high of N249.42 per litre on the back of high global crude oil prices.

The further rise in the landing cost of petrol means increased subsidy as the pump price of the product remains steady at N162-N165 per litre.

Petrol subsidy, which was removed in March 2020, resurfaced earlier this year as the government has left the pump price of the product unchanged since December despite the increase in global oil prices.

The Nigerian National Petroleum Corporation (NNPC), which has been the sole importer of petrol into the country in recent years, has been bearing the subsidy cost since it resurfaced.

While marketers have continued to stress the need to allow market forces determine the pump price of petrol and do away with subsidy, it remains uncertain whether the discussions between the Federal Government and labour unions will lead to the deregulation of petrol price.

An analysis of data collated by our correspondent on Sunday showed that the landing cost of petrol rose to N249.42 per litre on July 30 from N240.17 per litre as of June 25.

The Petroleum Products Pricing Regulatory Agency had in March this year released a pricing template that indicated the guiding prices for the month.

The template, which showed that petrol pump price was expected to range from N209.61 to N212.61 per litre, was greeted with widespread public outcry and was later deleted by the agency from its website.

The pump price of petrol has remained at between N162 and N165 per litre at many filling stations in Lagos since December.

The template, which was based on an average oil price of $62.22 per barrel for February and an exchange rate of N403.80 to a dollar, showed that the landing cost of petrol was N189.61 per litre.

In May, the Central Bank of Nigeria devalued the naira as it adopted the NAFEX exchange rate of N410.25 per dollar as its official exchange rate, days after removing the N379/$ rate from its website.

The price of crude oil, which accounts for a large chunk of the final cost of petrol, has continued to rise in recent months, with Brent, the international oil benchmark, increased to $77.72 per barrel on July 30. It, however, closed at $70.70 per barrel last Friday.

Group General Manager, Group Public Affairs Division, NNPC, Dr Kennie Obateru, said that the corporation was not comfortable with subsiding petrol, adding that it would like to recover its cost and even make some margins.

He said, “But the issue of petrol goes beyond just business consideration; it is very sensitive. If it is left to us, we want to recover our costs from the business but there are political considerations.

“The President has always said and even mandated NNPC that he wouldn’t want the pain transferred to Nigerians.

“And there is no way you will not transfer that pain to Nigerians until certain things are put in place that will alleviate the impact.

“So, it is not like NNPC is comfortable; we are not comfortable but our owners want us to do it in such a way that it won’t transfer the pain to ordinary Nigerians.”

He said the NNPC was waiting for the Federal Government to reach ‘an amicable agreement’ with labour and pass further instructions to the corporation.

Obateru said the national oil company would continue to ensure energy sufficiency in the country, adding, “But the earlier it is resolved, the better for us.”

Ogbechie, who spoke at the Nigeria History Series of the Centre for Values in Leadership last Sunday, lamented the lack of deregulation in the downstream sector.

He said, “The biggest elephant in the room today as far as the downstream is concerned is the failure, so to speak, of the government to deregulate the downstream. Fixing the price at which petroleum products are sold, I believe, is very seriously harmful to this economy.

“Petrol is being sold for between N162 and N165. I believe that petrol is being subsidised with at least N100 per litre. If you look at the national consumption of anything between 60 and 80 million litres per day, we are spending about N8m every day just to subsidise one product.”