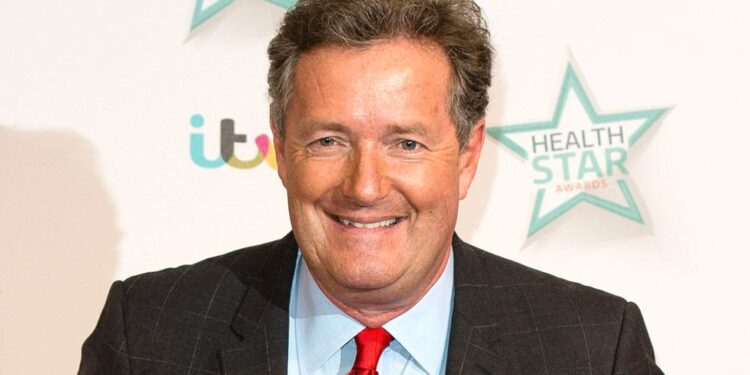 Piers Morgan has said he stands by his criticism of the Duchess of Sussex as ITV’s Good Morning Britain airs for the first time since his departure.

It was announced on Tuesday that Morgan had left the show after saying he “didn’t believe a word” Meghan said in her interview with Oprah Winfrey.

Addressing his exit, co-host Susanna Reid said she had disagreed with his comments, and added: “Shows go on.”

Ofcom is investigating his comments after receiving 41,000 complaints.

Ranvir Singh, who was sitting in Morgan’s chair on Wednesday, said: “We don’t call him Marmite for nothing.” It is not yet known who will be his permanent replacement on GMB.

In a tweet as the programme was beginning, Morgan said: “On Monday, I said I didn’t believe Meghan Markle in her Oprah interview. I’ve had time to reflect on this opinion, and I still don’t.”

He added: “Freedom of speech is a hill I’m happy to die on. Thanks for all the love, and hate. I’m off to spend more time with my opinions.”

His message was accompanied by a photo of Winston Churchill with a quote about free speech.

On Tuesday, before leaving the show, Morgan stormed off set after a discussion with his colleague Alex Beresford over the duchess.

What else has Piers Morgan said?

Speaking outside his London home on Wednesday, the presenter described his departure as “amicable”, adding: “I had a good chat with ITV and we agreed to disagree.”

He explained: “I believe in freedom of speech, I believe in the right to be allowed to have an opinion. If people want to believe Meghan Markle, that’s entirely their right.

“I don’t believe almost anything that comes out of her mouth and I think the damage she’s done to the British monarchy and to the Queen at a time when Prince Philip is lying in hospital is enormous and frankly contemptible.

“If I have to fall on my sword for expressing an honestly held opinion about Meghan Markle and that diatribe of bilge that she came out with in that interview, so be it.”

He also said: “I think it’s fair to say, although the woke crowd will think that they’ve cancelled me, I think they will be rather disappointed when I re-emerge.”

He described his forthcoming absence from screens as “a temporary hibernation”, adding that he was “always in talks with people” about work.

ITV said the final episode of his Life Stories series, featuring Coleen Nolan, is still scheduled to be broadcast next week as planned.

What did Susanna Reid say?

“A number of people will know the news and many of you will not, and will be surprised that Piers Morgan is not here this morning,” she said.

“Now, Piers and I have disagreed on many things, and that dynamic was one of the things that viewers loved about the programme. He is without doubt an outspoken, challenging, opinionated, disruptive broadcaster.

“He has many critics and he has many fans. You will know that I disagreed with him about Meghan’s interview. He himself clarified his comments about her mental health on the show yesterday. There are many voices on GMB, and everyone has their say.

“But now, Piers has decided to leave the programme. Some of you may cheer and others will boo.

“He has been my presenting partner, Monday to Wednesday, for more than five years, and during Brexit and the pandemic and other issues, he has been a voice for many of you and a voice that many of you have railed against.

“It is certainly going to be very different, but shows go on, and so on we go.”

Singh added that Morgan was a “big character” and acknowledged that many viewers would be “gutted”.

What has the other reaction been?

While many expressed their own love or hatred of Morgan, others pointed out the huge impact he had on Good Morning Britain’s viewing figures, and praised him for ferociously holding ministers to account during the coronavirus pandemic

Channel 4 News presenter Krishnan Guru-Murthy said: “For all you think he gets wrong, few will be more pleased to see Piers Morgan go than [government] ministers who won’t face him anymore.”

Former England cricket captain Michael Vaughan said “morning TV feels like it’s lost it’s energy”, adding: “He will be back I am sure and so he should be.”

Ex-Fox News and NBC News presenter Megyn Kelly wrote on Twitter: “In an era of free speech being stifled everywhere, Piers fearlessly speaks his mind. We need more, not fewer like that in media.” She followed up with a message to him: “We love you!”

Businessman Simon Jordan wrote that Morgan “embodies hypocrisy, double standards and is a flat track bully”. He continued: “But… Also at times,was a brave forthright broadcaster. On #MeghanAndHarry, he gave an alternate view… not allowed.”

The Mail on Sunday’s showbiz editor Katie Hind said Morgan’s departure would have “terrible ramifications for viewing figures” of the ITV show, adding: “Many, many watch for him.”

Piers Morgan’s final edition of Good Morning Britain beat its rival BBC Breakfast in the ratings for the first time. Tuesday’s edition of GMB was watched by 1.29 million people, according to overnight audience figures, compared with BBC Breakfast’s 1.25 million.

Who could replace Piers Morgan?

Ranvir Singh, GMB’s political editor, stood in on Wednesday and is among the frontrunners to fill his shoes permanently.

Other possibilities include his holiday stand-ins Richard Madeley and Adil Ray; or existing GMB presenters like Ben Shephard, Charlotte Hawkins or Alex Beresford, who was praised by many for taking Morgan to task on Tuesday.

There have also been mentions for Jeremy Clarkson, who currently hosts ITV’s Who Wants To Be A Millionaire?; Channel 5 and BBC Radio 2’s Jeremy Vine; former Sky News breakfast host Eamonn Holmes; and Kay Burley, who is currently suspended from Sky.

How the row happened

During Harry and Meghan’s interview with Oprah, which was broadcast in the UK on ITV, Meghan said her mental health became so bad she “didn’t want to be alive any more” due to the loss of freedom she felt after joining the Royal Family.

She said she asked for help from the palace but did not receive any.

The duchess also said an unnamed family member had asked “how dark” their son Archie’s skin might be, something the palace has said it has “taken very seriously”.

But the morning after the interview aired in the US, Morgan said he did not believe a word the duchess had said.

He added: “The fact that she’s fired up this onslaught against our Royal Family I think is contemptible.”

A total of 41,015 complaints were made to media watchdog Ofcom by 14:00 GMT on Tuesday, the second highest number of complaints in Ofcom’s 17-year history.

On Tuesday, ITV chief executive Dame Carolyn McCall made clear she disagreed with Morgan’s stance by saying she “completely believed what [the duchess] says”, adding that ITV is “totally committed” to mental health.

Mental health charity Mind, which is a partner with ITV on its Britain Get Talking campaign, also criticised Morgan, saying it was “disappointed” by the presenter’s comments.

Following the outcry after his comments, Morgan said on Tuesday’s episode that while he had “serious concerns about the veracity of a lot of what” Meghan had said, it was “not for me to question if she felt suicidal”.